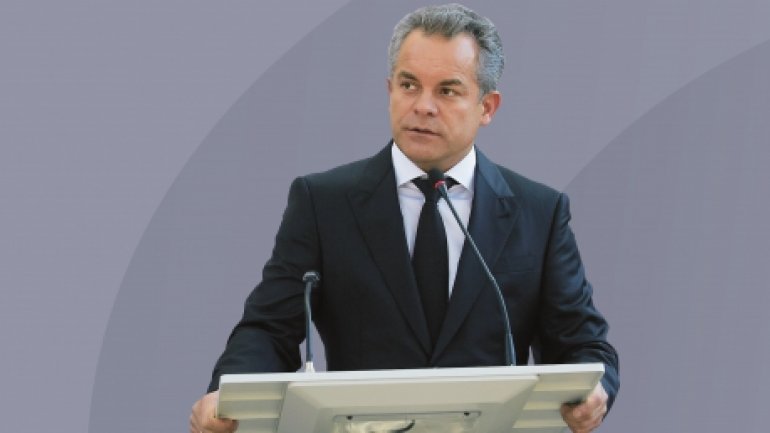 What Maia Sandu says are simple things, inoffensive for the country. “Dodon is THE problem,” said Vlad Plahotniuc, the first deputy president of the Democratic Party (PDM,) in an interview for allmoldova.com.

"Dodon is a dangerous guy, namely because he’s extremely ambitious and insistent on his ideas, which, in this present case, are totally weird, certainly not conducing to the national interest. You see how many people he has managed to deceive all these years making them believe in an illusory version of Moldova’s development, the ones related to the Customs Union, that’s because he has been lying to them for years, with obsession.

“While the right-wing parties have made the mistake of not taking him seriously and not trying to halt him, have not clearer communicated with the people, telling them Dodon lied to them, manipulated them. That’s how he has grown and now more effort is needed to stop him,” Vlad Plahotniuc said.

Vlad Plahotniuc says Dodon is a peril for Moldova.

"From Maia Sandu and Igor Dodon, certainly I choose Marian Lupu. If to compare those two candidates, Dodon is a real danger for Moldova and a man insisting in his mistaken and obnoxious ambitions. He’s not a danger for me or for the PDM, we have coped with him without any problem up to now: see the censure motion 3 weeks ago, but he has an extraordinary manipulating capacity and could set the country on an extremely dangerous track, if he is elected president.

“I think Maia Sandu is heading forward correctly, says what she thinks, even though she often makes mistakes and the smart guys lead her astray, use her in their wars. At least she seems sincere and I’ve not seen her promoting ideas dangerous for the national interest. She might not be a good president, but, at least, I don’t think she’ll start destroying the country," he said

Vlad Plahotniuc added: "Regardless of the situation I stick to the idea that Moldova must be led by a pro-European president."