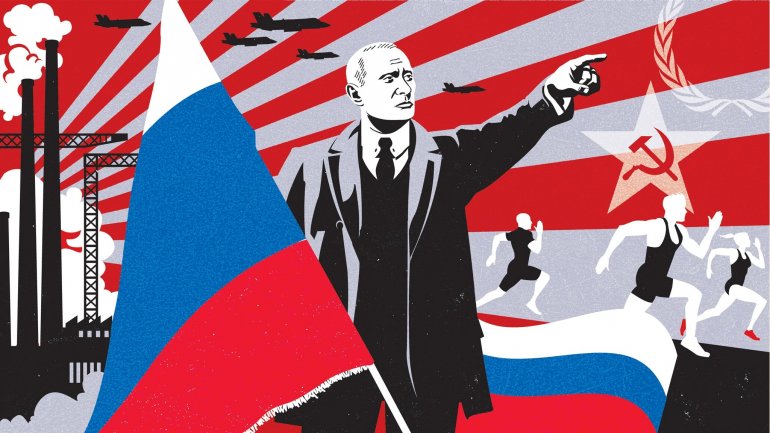 The Russian propaganda in Romania has been carrying bylines for about an year. Until 2016, one could find the authors contributing to the distribution of Moscow's messages in local media by looking into several communities of online commentators, very few radio and TV channels and eventually, at the end of serious press investigations, behind anonymous conspiracy theory websites.

These keep doing their thing, but they've been more recently joined by press people - especially since Russia's Romanian-language Sputnik outlet started to grow.

This is the analysis regarding Russian propaganda upon Romanian media revealed by journalist Costin Ionescu in the Hotnews.

Accordingly, Sputnik, the "alternative news" network, along with RT, is one of the pillars of Rusian propaganda worldwide.

They're both controlled by the Russian state. The Romanian-language version of Sputnik has been launched in the Republic of Moldova early in 2016. For a while, it's gone largely unnoticed in Romania.

But it has grown significantly this year.

It's been more and more quoted by media which is usually resistant to Moscow's distortions, as it is taken as a point of reference between the discourse of politicians and television channels known to be friendly to the governing party, on one hand, and the Russian discourse on the other;

It is quoted more often by local websites only interested either in growing their online content quantitatively, not minding its quality and accuracy, or by websites openly interested in distributing certain Russian messages;

It's strengthened its role as an echo chamber for journalists in Romania whose message coincides with that of Russia, willingly or not. This appears to be one its key purposes, as Romanian-language Sputnik hardly carries reports based on its own news gathering, while opting to bring new perspectives on news or statements taken from the Romanian media.

Who are behind the ro.Sputnik.md articles?

Most articles are either not signed, or signed by Dragos Dumitriu or with the initials "D.D." Dumitriu is a former MP for the far-right Greater Romania Party, a political group which effectively disappeared following the death of its leader, Corneliu Vadim Tudor. Dumitriu has long been associated with scandal media such as OTV channel and "Atac la persoana" newspaper (both gone).

Dumitriu is joined by a series of commentators, many of whom carry significant experience in militant, scandal, politically biased or extremist media. They include representatives of other newsrooms who have been carrying pro-Russian, anti-Western messages for years, such as Activenews.ro or Napocanews.ro.

Sputnik Moldova-Romania appeared after the closure of the Romanian-language version of Voice of Russia and not long before another outlet, RussiaToday.ro, was closed. Sputnik appeared less than a year after the opening in Bucharest of a Russian Center for Culture and Science, another soft power institution which has been intensifying its activity.

Early this fall, the Russian propaganda appeared to have attempted entrance on the Romanian TV market when a company based in Iasi, NE Romania and linked to the broadcasters of Rossiya 1 programming in Moldova requested an audiovisual licence in Bucharest. The Romanian Audiovisual Council, CNA, rejected the request, but sources in the know when it comes to licensing procedures would not exclude another Russian attempt to enter the market, by means of third parties that the CNA would have little to argue against.

The official voices of the Russian propaganda are thus gaining momentum in Romania, a country where until not long ago it was forced to focus mostly on anonymous online outlets. Or, on very few Romanian mainstream outlets, including the public service broadcasters.

Among private TV channels, one may note the openness of Digi 24 news channel - otherwise, an institution which covered Russian propaganda a lot - to representatives of Russian power, including interviews with the Duma speaker, whose entering the EU had been banned, or Aleksandr Dugin himself.
AFLĂ imediat Știrile Publika.MD. Intră pe Telegram