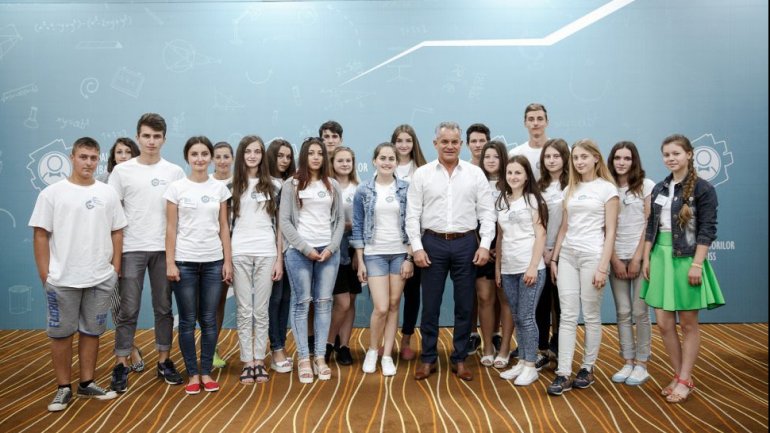 In the fall of 2013, Vlad Plahotniuc gave up his deputy mandate to devote himself to the reorganization of the Democratic Party. He returned to the forefront of Moldovan politics in parliamentary elections of November 2014 and the got again in the parliament.

In July 2015 gives up for the second time the position of the parliamentary immediately after the formation of a new parliamentary majority. In his political activity, Vlad Plahotniuc stood out through promoting the uninominal vote for the election of MPs and accountability of the political class, initiatives undertaken internationally, but not implemented in the country.

His public appearances were rare, especially in crucial moments, on negotiations for the establishment of pro-European parliamentary majorities in recent years. Despite the controversial public image which he has internally, his political and economic views were taken from international publications.

Vlad Plahotniuc is also widely known for his work in charity, as the founder of Edelweiss Foundation, which is involved in supporting various social, cultural and humanitarian projects in Moldova.

In 2014, at his initiative was launched the campaign Revive Moldova, whose objective is to modernize maternity of Mother and Child Institute in Chisinau. The amount needed has been collected at the end of 2014, including the involvement of some international personalities and repairs are still ongoing.

Before devoting himself to political and charitable activities Vlad Plahotniuc had a profitable career in business, even being the founder of the Association of Businessmen in Moldova.

In 2014, Vlad Plahotniuc said he got involved late in politics after accomplishing himself in business, in private field. He also said that, unlike many, he did not come into politics to make money, and the team is one of his great achievements.

Vlad Plahotniuc was born in 1966 in the village Pitusca of Calarasi district. He has two children. The businessman wrote on his page on a social network that is passionate about jazz, history, politics and economics.

In 2014, Vlad Plahotniuc was awarded Nicolae Timofti with the Order of the Republic for the decisive contribution in signing the Association Agreement with the European Union.