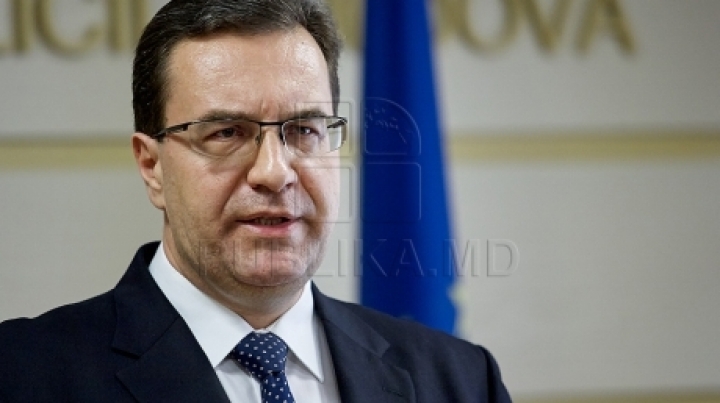 Marian Lupu was born on June 20, 1966 in Balti town. He graduated in 1983 from the no.1 High School in Chisinau (now "Gheorghe Asachi" High School ). He was enrolled at the Faculty of Economics and Commerce of the State University of Moldova the same year and graduated in 1987.

In the period 1987-1991 he graduates at post-graduate courses at the Academy of Economics in Moscow and Moldova State University after which, in 1991, obtained a PhD in economics.

In 1994, training courses in macroeconomics at the IMF Institute in Washington followed , and in 1996 - courses on International Trade Institute World Trade Organisation in Geneva.

On May 24th 2001 he has been appointed Deputy Minister of Economy and on August 5th, 2003 takes over as economy minister of Moldova.

On March 6th 2005 he was elected deputy of the Moldovan Parliament on the list of the Party of Communists. On March 24th 2005 elected President of the Parliament.

During April-July 2009 he is a Member of the Parliament of Moldova. Since June 2009 the Democratic Party of Moldova, and on July 19th, he is elected president of the party. From July 2009 to September 2010 was Member of Parliament, leader of the PDM.

During December 2010 - March 2012 was Chairman of the Parliament, Acting President of Moldova.

On July 24th, 2014 Marian Lupu was awarded with the "Order of the Republic" by Moldovan President Nicolae Timofti, "for decisive contributions to the perfection of foreign policy objective of Moldova - political association and economic integration with the European Union".