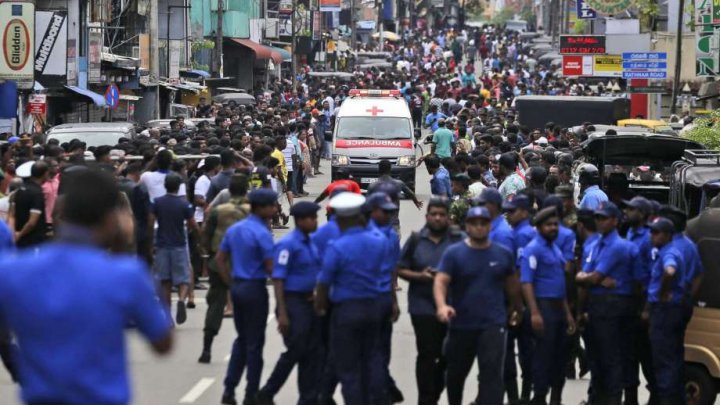 Shortly after bombing attacks struck Sri Lanka on Easter Sunday, media reports began disseminating the name of one of the terrorists allegedly responsible for the events that killed 290 people and wounded more than 500 others, reports jpost.com.

The reports identified the suicide bomber and mastermind behind the attack on the Shangri La hotel as Islamic extremist Moulvi Zahran Hashim. An imam, he was a prolific lecturer for National Tawheed Jamaath.CNN reported that Hashim also wanted to attack the Indian High Commission in Colombo earlier this month, but the attack was thwarted. According to the CNN report, that attack was planned for April 4.

CNN also noted that at least two suicide bombers were responsible for some of the attacks that took place on Easter Sunday.

Al Jazeera is owned by the the government of Qatar.

The National Tawheed Jamaath has a history of racism and Islamic superiority. In July 2017, for example, Sri Lanka press reported that the organization’s leaders were being prosecuted for making derogatory remarks in a video against Buddha and hurting the sentiments of the Sinhala-Buddhist community in the country.

Hashim has likewise posted several YouTube videos during which he preaches comments that could be considered incitement.

“For years, the faithful man spread his incitement without being banned” he describes on his video. In another one, “What can Sri Lankan Muslims do for Dr. Zakir Naik?” Naik is the president of the Islamic Research Foundation in India and is considered to preach incitement and support terrorism.