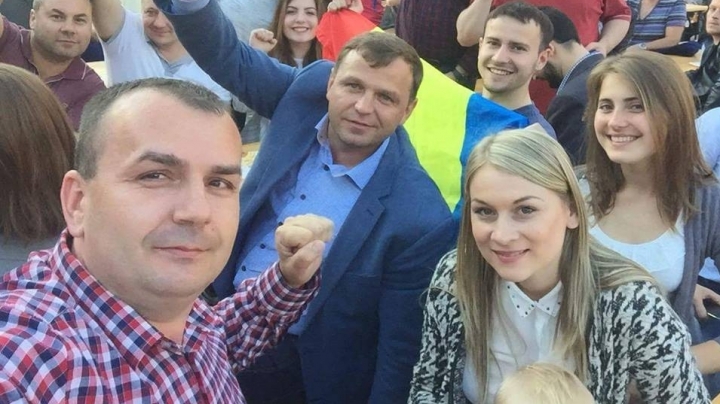 Members of DA Platform, behind which are the fugitives Victor and Viorel Topa, have appeared again in the journalists’ view. Aureliu Pisica, one of the most active henchmen of the platform, has got many times in the authorities’ view, after assaulting journalists during protests and after handcuffing a child to a panel in front of the Ministry of Internal Affairs.

According to information, Pisica, 39 year old,originated from Bardar, Ialoveni, is not at his first violation of the law. Previously he was sentenced for killing a man in a car accident, but he got out of it.

In the investigation done by journalists from today.md, the ex-wife of Pisica talks about the abuses and violence she got during her marriage with him.