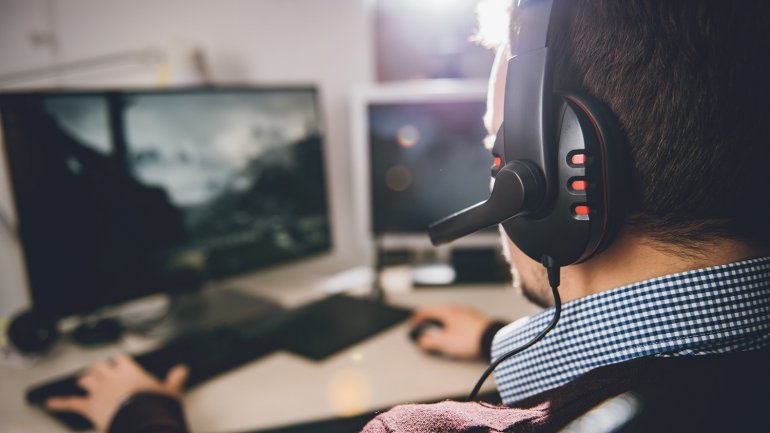 Addiction to video games is a 21st century issue. Psychologists say that more and more teenagers have fallen prey to this obsession that might lead to serious consequences.

Recently, the World Health Organization has proposed that addiction in very serious forms to be included in the list of mental illnesses.

Young people in Moldova are becoming more passionate about video games. They join different sites and compete with people all over the world. However, sometimes they lose control and come to confuse the virtual world with the real world.

This woman has a 19-year-old who spends up to 20 hours in front of her computer. It all started four years ago when the teen's father died.

"I noticed that it was a problem when he began to become aggressive with me when he started calling me dirty words. He could stay one day and one night in front of computer and did not go to school," said a mother of 19-year-old teenager.

The woman took her son to a psychologist for consultation, but the problem was not resolved. She says the World Health Organization's proposal is not exaggerated.

"I do not think this is exaggerated, it's all real. There are children who depend on computers, children who are gradually becoming aggressive to their friends and family" said the woman.

To prevent addiction to games, psychologists come up with more recommendations for parents.

"A teenager needs to be appreciated, to be recognized, to be loved, and sometimes he wants to be accepted by the family. When he feels he's invisible or unknown, he will go to the virtual world," said Natalia Fiscott, a psychologist at the Republican Narcology Dispensary.

Dependence on video games can be treated only through psychological counseling. The first step is awareness of the problem, and treatment can take several years.