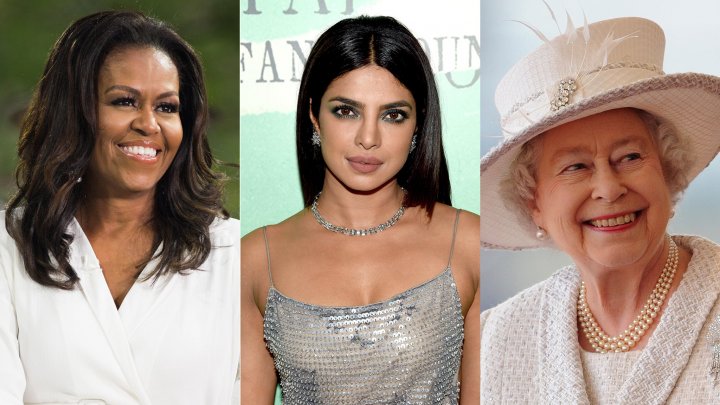 Michelle Obama, Queen Elizabeth II and Priyanka Chopra are among the most admired women in the world, a new survey finds.

YouGov’s annual survey analyses who in the world people admire. This year, the study expanded to cover the views of people in 41 counties – the most ever – with a total of 42,000 people answering the questions “Who do you truly admire?” and “Who do you most admire” from March to June, writes Independent.

According to the results, Michelle Obama has kicked Angelina Jolie of the list as the world’s most admired woman, and includes five new individuals: US first lady Melania Trump, Chinese singer Peng Liyuan, Chinese scientist Tu Youyou, Indian actress Sushmita Sen and US talk show host Ellen DeGeneres.
When broken down by country, the findings show that Britons admire Queen Elizabeth II the most in the world, awarding her an admiration sore of 22.61 per cent, followed by Ms Obama (13 per cent), and actor Dame Judi Dench (7.66).

As for the most admired men in the world, Microsoft founder Bill Gates came out on top, followed by former US president Barack Obama, and actor Jackie Chan.

In the UK, the list changes somewhat, with natural history David Attenboroughtopping the list (25.7 per cent), preceded by Mr Obama (14 per cent) , and the Duke of Cambridge (5.8 per cent).