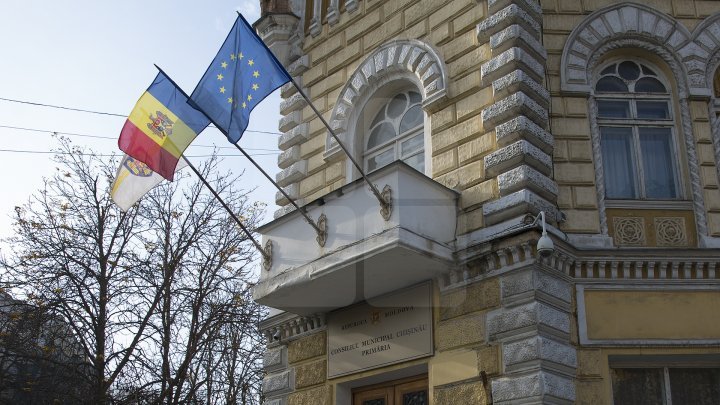 The first four candidates for the Mayor position have submitted their files today. The application can be sent starting today to the Chişinău Electoral Council.

Valeriu Munteanu, accompanied by several Liberal colleagues was the first one to run for the election.

"Citizens of the Capital deserve a European city. We'll build a city and not destroy it. I will talk directly with the citizens", said candidate Valeriu Munteanu, vice-president of Liberal Party.

The race to Mayor's office did not set off with luck to the president of Democrația acasă Party, Vasile Costiuc. He did not submit the complete set of papers.

"I did not present an income statement. My main message in the elections is that the City Hall must present the will," said Vasile Costiuc, the president of the Democrația acasă Party.

DA Party, Andrei Năstase is one of the file submittees. Although recent polls show that seven percent of participants would vote Andrei Năstase for Chisinau Mayor, the official believes he will get victory.

"I will fight for the victory in the first round. We will make chances", said Andrei Năstase, leader of the DA party.

One of the people who wants to run for the Mayor position is also the sailor Viorel Ştirbu, who only came to inquire what papers he has to prepare.

"For ten days I have to collect 10 thousand signatures! I am amazed!", Said Viorel Ştirbu.

"About the procedure, the response or refusal will be notified within seven days," said Vitalie Miron, secretary of Chisinau District Electoral Council.

Registration will end on April 19th. Moreover, for each candidate, the electoral campaign starts from the time of registration with the District Electoral Council.