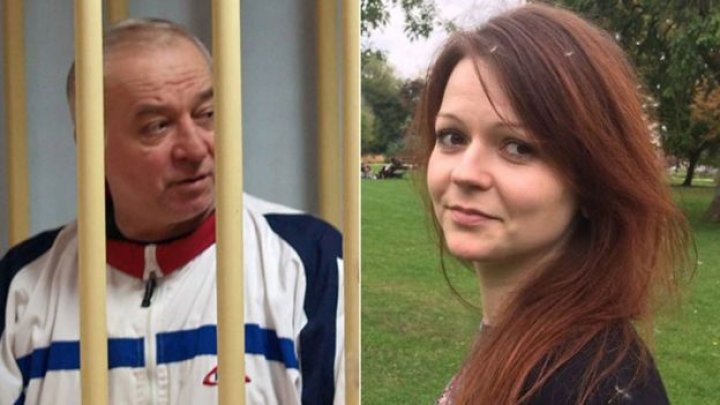 The White House says it "stands in solidarity" with "its closest ally" the UK and supports its decision to expel 23 Russian diplomats.

PM Theresa May said the diplomats would be expelled after Moscow refused to explain how a Russian-made nerve agent was used on a former spy in the UK.

Moscow denies responsibility but has not yet made clear how it will respond.

He said it was also significant because of the way President Trump was prepared to talk about Russia - using language that had not been heard from the White House before.

In the statement, Mr Trump's press secretary Sarah Sanders said the US wanted to ensure "this kind of abhorrent attack does not happen again".

She described the expulsion of Russian diplomats from Britain as "a just response".

"This latest action by Russia fits into a pattern of behaviour in which Russia disregards the international rules-based order, undermines the sovereignty and security of countries worldwide, and attempts to subvert and discredit Western democratic institutions and processes," she said.

He said it was time to "fight back" with prolonged sanctions and measures to target individuals close to President Putin, adding "anything short of full solidarity with the UK will be considered a victory by the Kremlin".

Former spy Sergei Skripal, 66, and his daughter, Yulia Skripal, 33, remain critically ill in hospital after being found slumped on a bench in Salisbury, Wiltshire, on 4 March.

Mrs May said the chemical used in the attack against them had been identified as being part of a group of nerve agents developed by Russia known as Novichok.

She said there was "no alternative conclusion" than to believe Russia was "culpable" for the poisonings.

The White House statement echoed earlier comments made by the US ambassador to the UN, Nikki Haley, who cited the "special relationship" between the two countries and said the US would "always be there" for the UK.

In response, the Russian ambassador to the UN, Vasily Nebenzya, denied Moscow's involvement in the attack and demanded "material proof" from Britain to support its charge.

Russian foreign minister Sergei Lavrov said Moscow would co-operate in the case if it received a formal request for clarification from the UK under the Chemical Weapons Convention, which sets a 10-day time limit for a response.

But Moscow refused to meet the UK's Tuesday evening deadline to explain the use of the nerve agent, prompting Mrs May to announce the diplomats' expulsion and other measures intended to send a "clear message" to Russia.

In a statement to MPs, Mrs May said Russia had provided "no explanation" as to how the nerve agent came to be used in the UK, describing Moscow's response as one of "sarcasm, contempt and defiance".

The Kremlin has previously said any steps taken against Russia by the PM would lead to "retaliatory measures".

The BBC's Laura Kuenssberg said the UK government was "all too aware" of the likelihood of retaliation from Moscow alongside denials and scorn in the coming days.

Meanwhile, any crackdown on Russia could be painful for UK business, including BP's 20% stake in a Russian oil and gas firm, BBC business editor Simon Jack said.

The expulsion of the diplomats, who have been given one week to leave the country, is the largest since 31 were ordered out in 1985 after double agent Oleg Gordievsky defected.

Russia's foreign ministry said Mrs May's statement was "an unprecedentedly crude provocation" and that the UK government had "seriously aggravated" relations by announcing a "whole set of hostile measures".

The Russian embassy in London also tweeted a picture of a thermometer dropping to -23C and said "we are not afraid of cold weather".