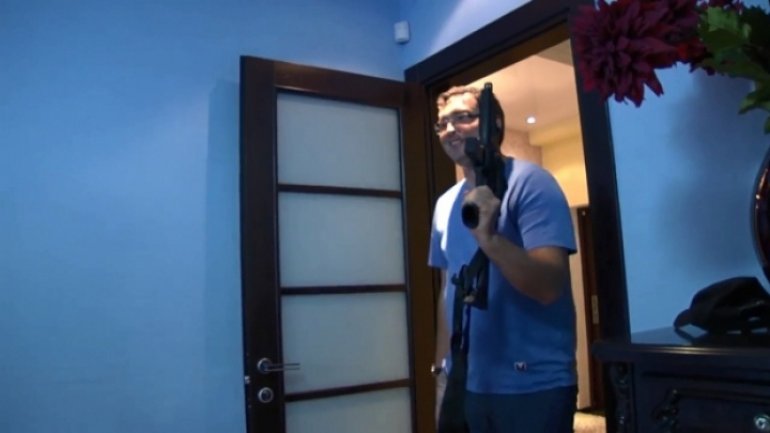 While dozens workers and carabinieri from Chisinau came to clean the Balti city, the adherents of the fugitive mayor, Renato Usatî gathered for parties.

More councilors and members of formation Partidul Nostru (Our Party) were seen in the city where they gathered to listen to their boss's speech which had an intervention on social networks.

They gathered at a place belong to family of an activist. They admitted that they celebrated birthdays of several colleagues as well as listened to their leader's speech.

"Renat Gheorghevici will have a live speech. We gathered and will follow the mayor's speech in my office, the televisions are small, I have a big screen TV so everyone came here," said Nicolai Grigoreş , counselor in Balti.

The advisers of Usatâi think that the Balti authorities did not need any help to evacuate the garbage from the city even when Interim Mayor Igor Șeremet admitted that he requested the help from the Government to solve the problem.

"Those who came from Chisinau with their alleged help situation were looking for garbage through Balti municipality. They were looking for it because it was not garbage", said Eduard Pleşca, councilors in Falesti district.

"More than 70 percent of the city was cleaned when the carabinieri came. There's more garbage in Chisinau than in Balti, "said Eduard Pleşca, councilors in Falesti district.

We remind that more than 50 carabinieri, 25 workers from the Auto-sanitation Registry in Chisinau, and 40 employees of a private company dealing with garbage disposal, have started work.

The garbage from Balti will be evacuated to New Year's Eve. The Government of the Republic of Moldova intervened in solving the problem, after Prime Minister Pavel Filip received more complaints from the citizens, but also from the Balti City hall about the critical situation in locality.

The problem was two weeks ago when the local authorities canceled the contract with the garbage disposal company.