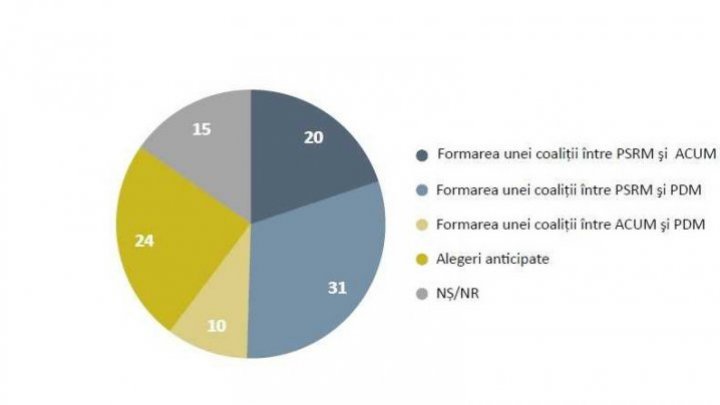 Since the parliamentary elections on February 24 when all parties fail to reach a ruling coalition, 31 percent of Moldovans believe that PSRM and PDM should form a coalition, according to a latest survey by IMAS.

While 24% of poll participants think early elections should take place, 20% participants vote for alliance of PSRM and PAS-DA bloc.

Only 10% of them accept coalition between PAS-DA and PDM.

There are 15% declined to answer.

In the same survey, 39% of participants think PSRM - PDM coalition will implement the best infrastructure projects whilst 22% for PSRM-ACUM alliance and 11% for PDM-ACUM.

The survey was conducted at the PDM request from 17 March to 5 April 2019 on a sample of 1110 respondents. The margin of error is three percent.