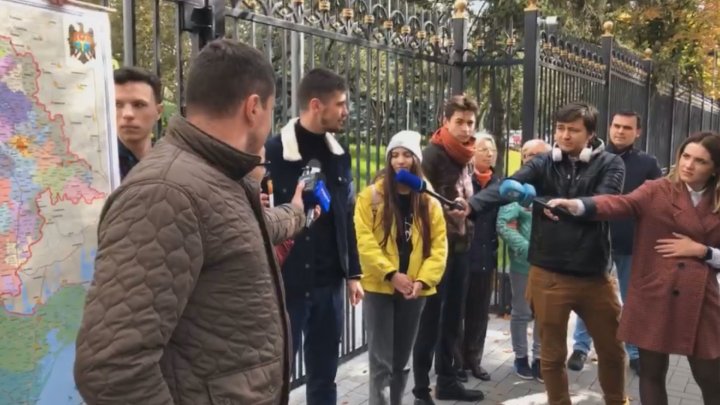 A group of unionists are rallying in front of Presidential Palace on the occasion of Russian President Vladimir Putin's birthday.

"We want to wish him the best and show the respect. We are educated people so we're here with presents: a map of Great Romania and a bottle of wine Maluri de Prut. We know that Igor Dodon previously brought him presents. From the bottom of our hearts, we would like the president to hand these presents to Putin", said Vlad Bileţchi, leader of UNIREA-ODIP.

Publika recalls that many leaders of political parties and non-government organizations noted that President Igor Dodon doesn't represent the interests of our country but execute the Moscow's requests.

In June, Publika published a film which confirms Igor Dodon wants to federalize Moldova. He also persuaded former PDM president Vlad Plahotniuc to accept the plans at a meeting on June 7 at PDM headquarter.