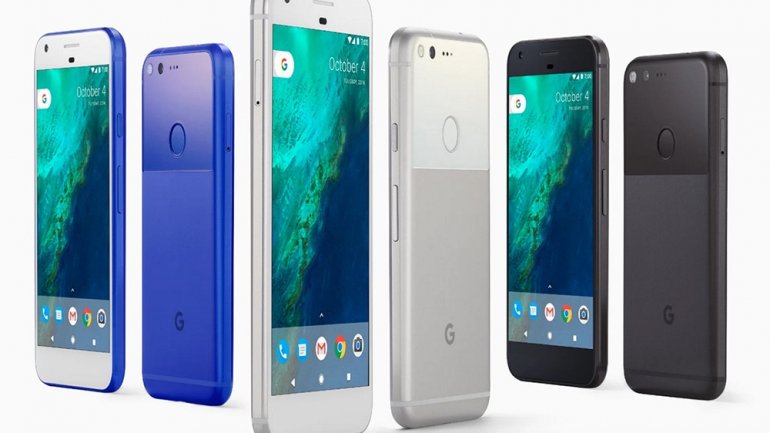 Google has finally launched an own-brand smartphone, the Pixel, to challenge Apple head on and provide a premium Android experience with the hardware tailored to the software by the people who actually make it.

The new smartphone succeeds Google’s Nexus line of devices and the company claims that the Pixel is now 100% Google, unlike the Nexus devices where Google provided the software and had some input into the devices but not total control. The Pixel phone joins the Pixel C Android tablet and Chromebook Pixel as Google’s first in-house devices.

But for Google, the Pixel isn’t just a smartphone, it’s a referendum on whether Google as a brand sells.

With an all-metal body, all-glass display, rock-solid build, fingerprint scanner and headphones socket, the Pixel ticks most of the boxes expected of top-end smartphone, except for a lack of waterproofing. It’s slightly different looking too, with a glass panel covering the top third of the back and a wedge-shape that’s thicker at the top and hides any camera lump. How attractive it is as a design divides opinion.

The Pixel feels great in the hand, with nicely curved edges and flat sides that make it easy to grip and hold on to. It’s also not too thick, with the wedge shape meaning the bit you hold is thin and has good weight distribution.

The Pixel has a 5in full HD AMOLED screen on the front, which makes it one of the smaller premium smartphones available, with most others having 5.1in or larger screens. The display is crisp and vibrant, with deep blacks and excellent viewing angles. It’s relatively easy to read in direct sunlight too, making it one of the best displays fitted to a smartphone, although not quite as good as Samsung’s best.