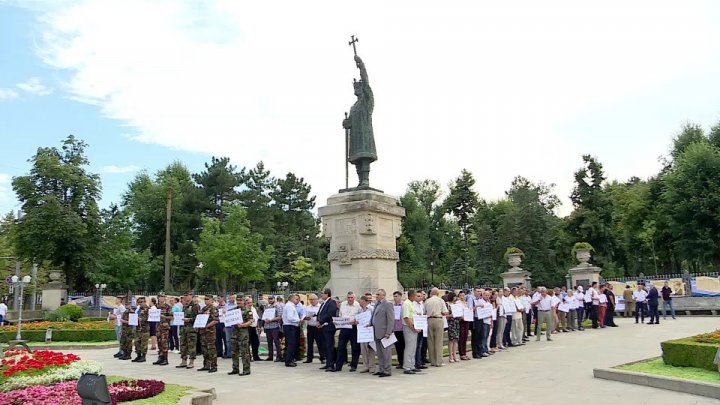 With banners in their hands, nearly 100 veterans of the Nistru war and the knights of the Order of Honor Ştefan cel Mare organized a peaceful flash-mob in the capital center.

"Jurnal TV needs to come to apologize not to me but to the people and the Stephen the Great. Because they violated all the norms, they're journalists, they aren't actors".

"We came to support and protect this symbol, because he is made fun of in Jurnal TV's show. We're making this peaceful action to alert the society".

Some participants believe the show must be closed.

The protesters said they will continue the protests until they receive public apology from the two Jurnal TV presenters. Contacted by phone, the journalist Constantin Cheianu did not respond for comment.