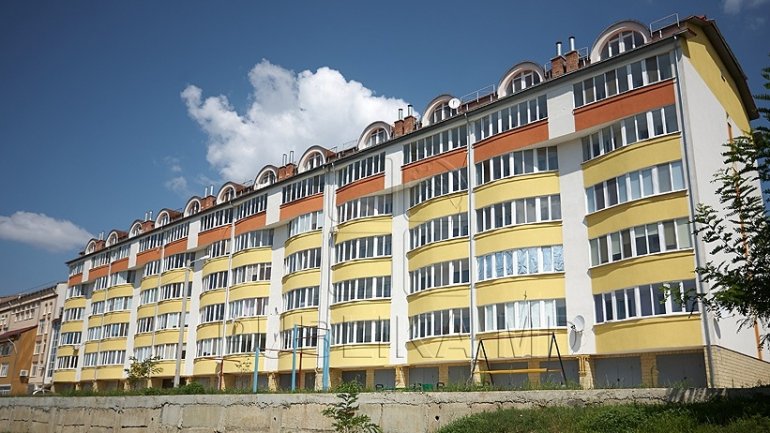 For half an year the prices of the new flats from the Capital remain unchanged. A square meter costs, in average, 530 euro, and the real estate experts forecast that this tendency will maintain and in the following months. They recommend to the people that want to buy a house not to hesitate too much in these conditions.The experts say that the most advantageous prices for flats with two rooms are at the Capital’s periphery. So, on street Otovasca from Ciocana sector, a square meter costs 461 euro, and in the airport’s area – almost 490. There is to be paid a sum of 525 and 540 euro for a square meter for the houses situated on street Bariera Sculeni and in the neighborhood Poșta Veche, sector Râșcani.

There is to be paid a sum of 520-530 euro for a square meter in the present moment for a flat in Chişinău. Ion Hanganu, real estate specialist declared that the flats situated traditionally in the lower part of Ciocana sector are cheaper.

The most expensive flats are in sector Center, where a square meter costs over 640 euro. In Telecentru, the price is of 623 euro, in Botanica and Râșcani one meter costs around 600 euro.

Alexandru Priscepa, director of a real estate company, specified that there is a greater offer than request but at the present moment to purchase a house is possible and in the case of the great offer, there’s also the possibility to choose a better offer ".

However, the Capital’s inhabitants think that the flats’ prices are too big:

"It is desirable that the price is a little lower, in order for the flats to be sold ".

"My opinion is that, this cypher is created artificially to maintain the ones who are in favor of new constructions".

"The prices should get lower, but I think the price is an enough convenient one".

Meanwhile, the offers of the banks regarding the real estate credits get more and more attractive. Moldova Agroindbank has the lowest interest rate, of 7%, valid till June 15. The Romanian Commercial Bank perceives 8,5%, and Victoriabank requests an interest rate of 9,5%.