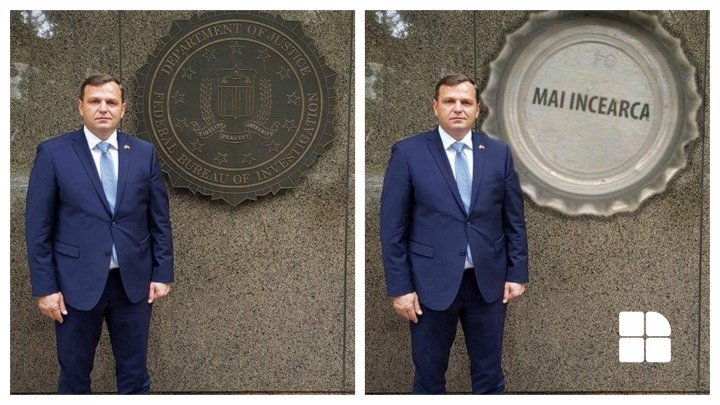 Interior Minister Andrei Nastase posted on his Facebook a photo of him and the wall of Federal Bureau of Investigation in his visit to this US institution.

He said he submitted many files on the FBI agenda.

But he didn't have any photos with the FBI officials.

Blogger Veaceslav Balacci commented on this matter that the politician knows those from FBI are not excited to meet a Dodon's ally. In order to comply with the protocol, at the Crucifix's insistence they agreed to delegate at the meeting with the Moldovan minister a low-level officer.

Internet users are making fun of Nastase's picture. A Facebook user uploaded the same photo but with "Try again" written instead of the FBI logo. Mai încearcă - Try again usually appears on the beer caps.