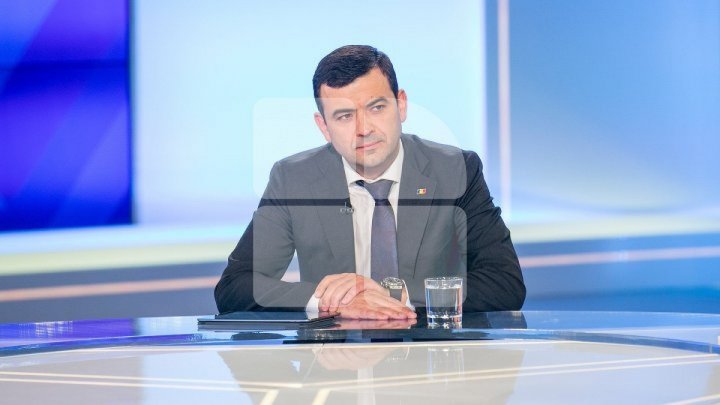 Road repair in the projects funded by the external funds will be assessed at each stage not at the end of work as it has been. This is a new approach to monitor the process initiated by the Ministry of Economy and Infrastructure.

The new initiative will address the low quality works in 2018 when 7 out of 14 contracts were terminated because companies failed to execute qualitative and timely work. The announcement was made by Minister Chiril Gaburici, at Publika TV's În centrul atenţiei (In the Spotlight) show.

The minister said that the rehabilitation of Chisinau-Ungheni, Balti-Falesti-Sculeni and Hancesti-Lapusna-Leuseni will be completed this year. The works are funded by the EBRD and the EIB.

"When I took office in the ministry, the contracts were signed in 2013-2014. These companies obtained them but did nothing. We will control works at each stage. We won't offer the whole contract and wait and evaluate the work only at the end of it", said Economy and Infrastructure Minister Chiril Gaburici.

The Minister also explained how it was possible to implement the Good Roads for Moldova program, where 1600 kilometers of road was repaired last year, and another 2600 kilometers will be rehabilitated in 2019.

"We were much more organized, we had the political will and support. In 2018, the economy grew, which gave us the opportunity to invest in infrastructure, to further develop ourselves," said  Minister Chiril Gaburici.

The Minister also referred to the importance of the construction of the Ungheni-Chisinau gas pipeline.

"That means we will have more independence, the possibility to negotiate a better price and we will have access to several gas suppliers. We're assured that there won't be gas shortage anywhere", said Minister Chiril Gaburici.

The construction of the Ungheni-Chisinau gas pipeline started last week. The project will reduce our country's dependence on Russian gas. Transgaz is ready to invest 93 million euros in its construction.