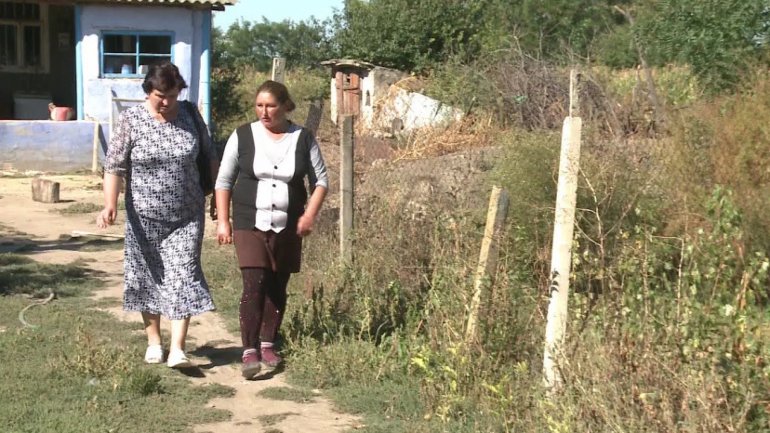 Those working for social assistance have to take care of other people, beside themselves.

Nadejda Maţenco from Brăviceni village, Orhei district, for the past two years has been helping other villagers.

"There are three orphans in the village, we found some relatives here and I helped them make the adoption papers, now they are all compensated" Nadejda Maţenco said.

She visits daily the old woman, who has to take care of her grandchild after the mother died of cancer and the father left them.

"My daughter died, leaving behind her 3-year-old child, whom I take care of now, together with my disabled husband. I asked Madam Nadejda for assistance to pay the bills, she advised me where to go and how to manage" villager from Brăviceni, Zenovia Maţenco declared.

Aunt Zenovia also said that the child is a great help around the house.

"I do the dished and he comes saying: Grandmother let me do it. I hope God will bless me with enough health to rise him at least until he is 10" she divulged.

The authorities have also turned their eyes on a poor family with three children. The parents were threatened to be left without parental rights.

"It was awful, we could very easily gain a warrant to take the children from the family, but we offered free medical healthcare and preschool for them to solve the issue" Nadejda Maţenco asserted.

The mother was is a day labourer, while the father works the lands. With the help of the City Hall they managed to repair their house.

"The fireplace was in ruins, Madam Nadejda helped us build another one, to replace the doors, windows and many other things.Little by little we manage along" villager Doina Garbatovschi said.

Authorities took care even of elderly people. Over 100 senior citizens eat in a social canteen.

"There are no empty houses, unlike in other villages. That is because people are working here, the City Hall does its best to support us. In 2017-2018 a bakery is to be build, where around 18-20 women will be employed" Mayor Vladimir Cociorvă declared.

According to the statistics in our country activate 1.200 social assistants. Their national day is marked on 17th September.