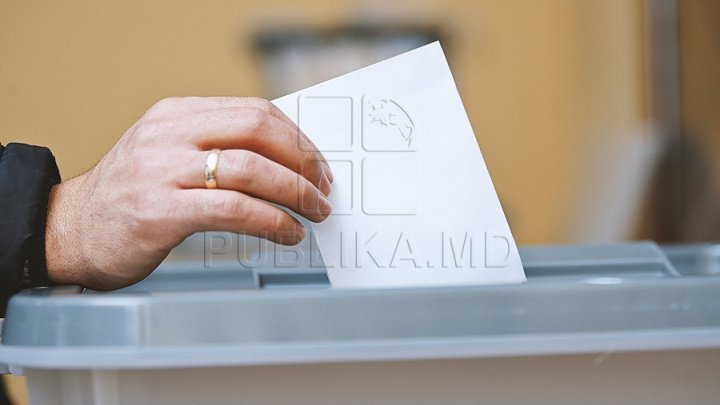 Dorin Chirtoaca, the candidate of the Liberal Party said he urged all inhabitants of Chisinau to come to polling stations.

"Democracy cannot offer everything in the ideal way, yet something better than democracy has not been invented so far. Today, the power is exclusively in the hands of the inhabitants of Chisinau municipality”, said the PL leader.

Andrei Nastase, candidate of bloc ACUM, assured that from now on the things would be different from the past.

"I voted with thoughts for future generations. I vote for the futures. We want a change for the better".

When asked if there would be the second round for the position of Chisinau mayor, he said two weeks for Chisinau is too much. He also urged the citizens to come to the polls and to vote.

Vladimir Cebotari, the candidate of the Democratic Party claims that he voted for what Chisinau and its inhabitants are waiting for.

"Order, cleanliness, better public transportation, repaired roads, caring for people, places in kindergartens for children, no foul smell and, first of all, for a new image of the City Hall. The promises from electoral programs should not remain mere promises, as it happened all these years - politicians being elected as mayor or councilor and then leaving office, whereas the problems remained. The people will make a rational choice."

"Rationally means making a level assessment of the candidates and choosing the ones who can really solve the city's problems," the candidate noted.

"I voted for everybody in this city to be proud, I know that this is possible. I voted to bring about this change that we all expect", said the candidate.

Valerii Klimenko, candidate of Sor party for the Chisinau mayoralty.

REPORTER: What are your expectations after the election?

KLIMENKO: I think that the Chisinau people are not out of mind, they will elect the people who can do something. However, if they become out of mind to vote for people that they have voted until now. Then, it's their fate, they choose to keep living in the way it's been. But our party will go on further.

Civic activist Victor Chironda is running for the position of general mayor of Chisinau municipality on behalf of the "New Force" Social-Political Movement.

"I voted for a city with opportunities, amenities and safety and to provide people with the simple things they daily need. I want to urge the citizens to come to the polls and to vote for what they deem important, so that these elections would bring a good result for Chisinau. We will have a city hall with officials working for people and its residents. We will have municipal advisers who seek to tackle the people's problems", Victor Chironda mentioned.