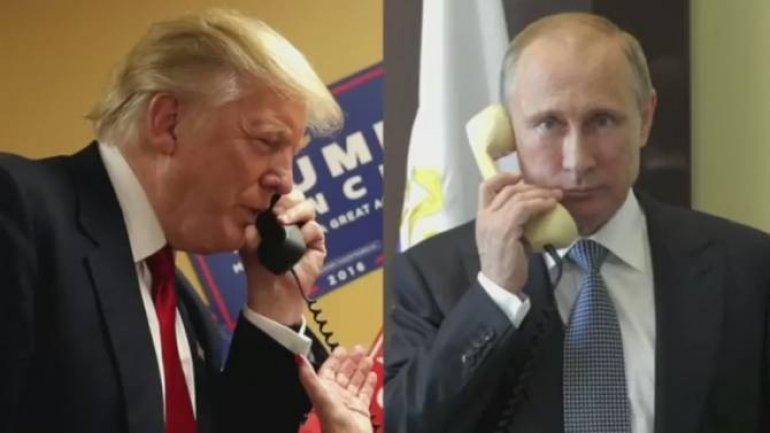 A day of whirlwind diplomacy for Donald Trump on Saturday, including calls to five world leaders including Russian president Vladimir Putin, was overshadowed by a global backlash against his ban on refugees.

The “congratulatory call” with Putin lasted an hour, the White House said in a short statement, and ranged from discussion of “mutual cooperation” to defeat the terror group Isis to negotiating an end to the Syrian civil war.

“The positive call was a significant start to improving the relationship between the United States and Russia that is in need of repair,” the White House said.

In the Kremlin’s more detailed account, Trump and Putin discussed “partnership” on a wide range of international issues, including wars in the Middle East, the Israeli-Palestinian conflict, Iran’s nuclear program, the Korean peninsula and the simmering war in Ukraine, where Russia has supported separatist rebels since 2014.

Cooperation in Ukraine would represent a stark turn in US policy, which has supported Kiev and imposed punitive sanctions against prominent Russians for the Kremlin’s role in the crisis.

Those sanctions, which Trump has mused about removing, were not mentioned in the Russian readout of the call, but the Kremlin said the leaders had discussed “the importance of restoring mutually beneficial economic-trade links”.

The Kremlin also stressed possible coordination in fighting terrorism in Syria, where Putin has supported dictator Bashar al-Assad with a massive bombing campaign.

In unusually effusive language, the Kremlin said Trump and Putin plan to meet in person, and that they had kind words for each other’s nations.