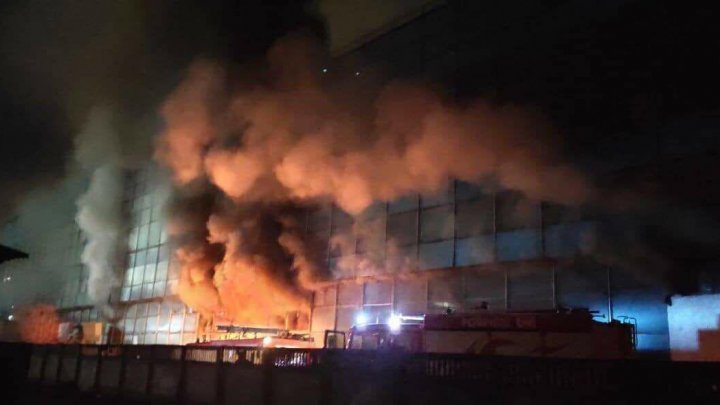 The General Inspectorate for Emergency Situations (IGSU) of the Internal Affairs Ministry has submitted the first three plots regarding the fire at a painting section on 21 Moscow Boulevard.

The first hypothesis is electrical circuit, the second is intentional arson and the third - the violation of the technological process.

A conclusion report will state the final cause of this incident after all the circumstances have been elucidated.

On Jan 8, the huge fire broke out in a warehouse of the Mezon plant, on Moscow Boulevard 21, Riscani district of Chisinau. The IGSU employees intervened promptly.

As stated by IGSU data, the fire affected an area of approximately 10 x 20m2. No victims were reported.