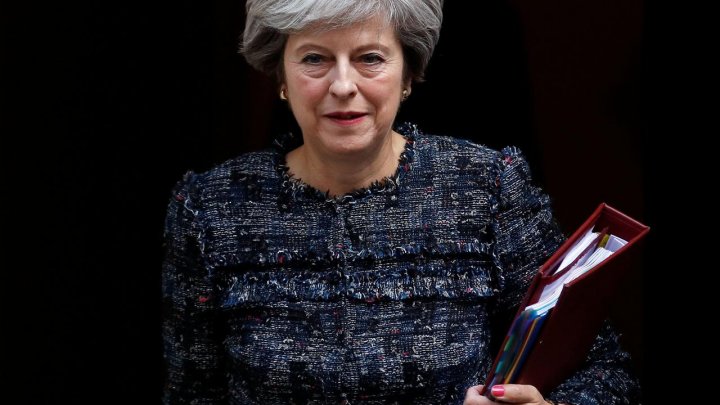 The prime minister struck a conciliatory tone in her response to a letter from Mr Corbyn, which set out his five demands for a Brexit deal.

She said she wanted the two parties to discuss "alternative arrangements" to the Irish backstop - a commitment to avoid a hard border.

But there remains a divide over the customs union, even though she did not reject any of his conditions outright.

No date has been set for the next meeting, but the letter concludes with Mrs May saying she looked forward to the two parties meeting "as soon as possible".

Writing her response to his letter of last Wednesday, Mrs May told the Labour leader: "It is good to see that we agree that the UK should leave the European Union with a deal and that the urgent task at hand is to find a deal that honours our commitments to the people of Northern Ireland, can command support in Parliament and can be negotiated with the EU - not to seek an election or second referendum."

Morning. Theresa May letter to Jeremy Corbyn on his Brexit demands. Still a significant difference over a customs union, but leaving the door open to compromise... pic.twitter.com/WEkueeD0AV

This is despite Mr Corbyn repeatedly saying there should be a general election if Mrs May cannot get a deal through Parliament. He has also faced pressure from some of his MPs to push for another public vote on Brexit.