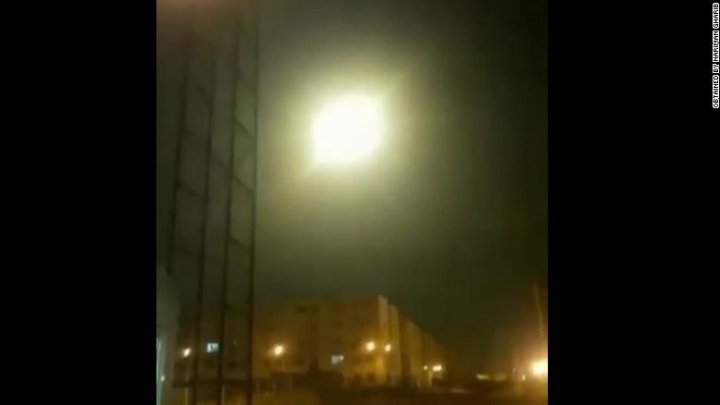 Canada and the UK called for a full and thorough investigation into the crash, which killed all 176 people on board.

Iran's civil aviation chief, however, said he was "certain" that the plane was not hit by a missile.

The crash came just hours after Iran carried out missile strikes on two airbases housing US forces in Iraq.

US media have speculated that the timing of the crash suggests the plane may have been mistaken for a US warplane as Iran prepared for possible US retaliation for the strikes, writes BBC.

Victims included 82 Iranians, 63 Canadians and 11 Ukrainians as well as nationals from Sweden, the UK, Afghanistan and Germany.

CBS News quoted US intelligence sources as saying a satellite detected infrared "blips" of two missile launches, followed by another blip of an explosion.

Video obtained by the New York Times appeared to show a missile streaking across the night sky over Tehran and then exploding on contact with a plane. About 10 seconds later a loud explosion is heard on the ground. The plane, ablaze, continues to fly.

President Donald Trump said on Thursday that he had "suspicions" about what happened to the plane.

Ukrainian President Volodymyr Zelensky called on Western countries to share their information about the crash.

Canadian Prime Minister Justin Trudeau said he had received intelligence from multiple sources indicating that the plane was shot down by an Iranian surface-to-air missile, adding that it was possible that this was unintentional.

"This reinforces the need for a thorough investigation," he said. "Canadians have questions and they deserve answers."

But he said it was too early to apportion blame or draw any conclusions, and refused to go into detail about the evidence.

The Canadians on the flight were expecting to fly on to Toronto from Kyiv.

Speaking in Canada, UK Foreign Secretary Dominic Raab said British nationals were advised not to travel to Iran, "given the body of information that UIA Flight 752 was shot down by an Iranian surface-to-air missile, and the heightened tensions".

Newsweek quoted sources as saying that Iran's anti-aircraft systems were probably active following its attacks on the US airbases.

Two Pentagon officials had assessed that the incident was accidental, Newsweek added.

Earlier on Thursday, Oleksiy Danylov, the secretary of Ukraine's security and defence council, said in a Facebook post (in Ukrainian) that a Tor missile strike was one of four possible causes being considered: The others are: