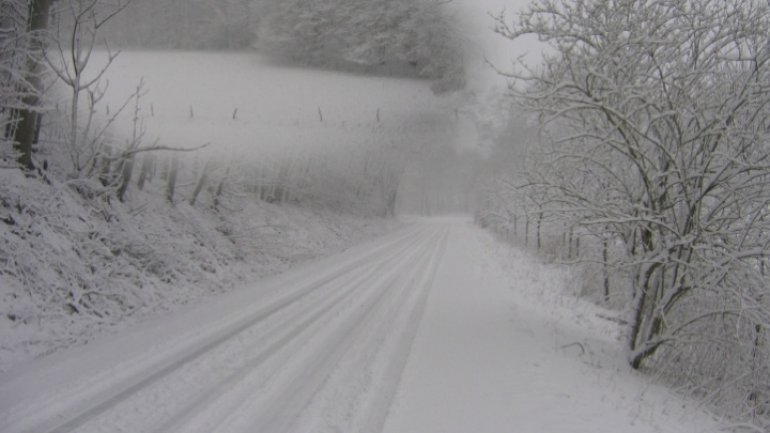 (Update 3:20 p.m.) The crossing of state border has been blocked.  Also the "Chisinau-Vienna" air race at the Chisinau International Airport has been canceled due to unfavorable weather conditions. Also, trucks are prohibited on national roads, at the moment.

The Transports Ministry informs the road segment from Ciumai village to Burlăceni village has been closed because of the blizzard.

The Giurgiulești port on the Danube has also been closed, as has the running of the freight trains to that port.

The traffic is most difficult on the roads in the center and south of the country, as the orange code of bad weather was announced for those regions.

The road maintenance companies have their equipment and sand ready. Only special salt will be scattered on the motorways to Orhei and Hancesti, which will prevent the formation on ice on them.

Emergency teams of the Transport Ministry are prepared to intervene in any difficult situations.