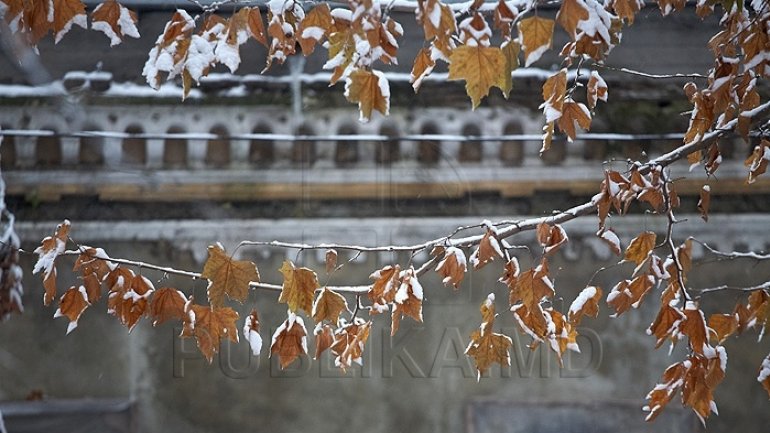 After rains comes the snow. Today, 13 November 2016, the snow covered many localities of the country. The first snow fell in Chisinau and Hancesti and Dubasari districts. According to meteorologists, tomorrow will snow in the central and northern parts of Moldova.

In the following days the weather will get colder. In Chisinau the temperatures will reach 4 degrees Celsius during the day, and during the night the minimum temperature will be -7 degrees.

Until tomorrow the yellow warning of strong wind on the entire territory and are foreseen wind intensifications of up to 23 meters per second, or approximately 82 km/h.