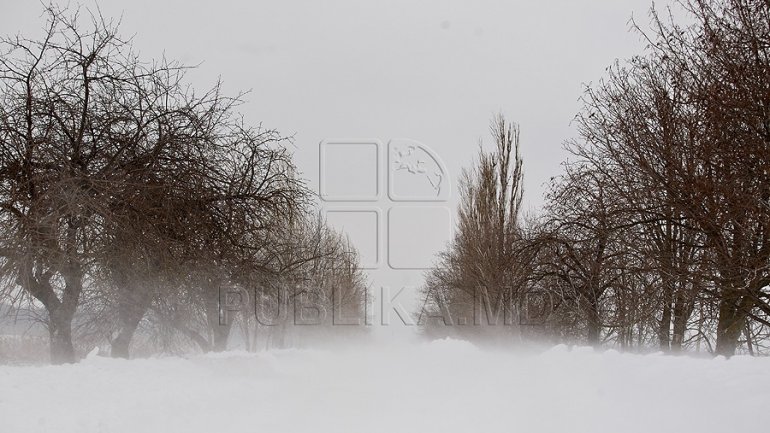 The weather will be determined tomorrow by the influence of an air zone with normal atmospheric pressure. Also there is issued the yellow warning of heavy snow. The sky will be overcast, during the night will fall small precipitations as snow, which will intensify during the day.

On roads will be formed glazed frost, and in some areas will be snow drifts. the wind will blow from north-east, weak to moderate.

In Briceni and Soroca will be -10 degrees Celsius, and in Balti and Orhei will be registered -9 degrees.

In Chisinau, Tiraspol and Leova thermometers will show -8 degrees Celsius, and in Comrat and Cahul will be -7 degrees.

In the following days, the weather will stay cold. In Chisinau during the day will be registered up to -6 degrees Celsius, and during the night temperatures will drop to -11 degrees.