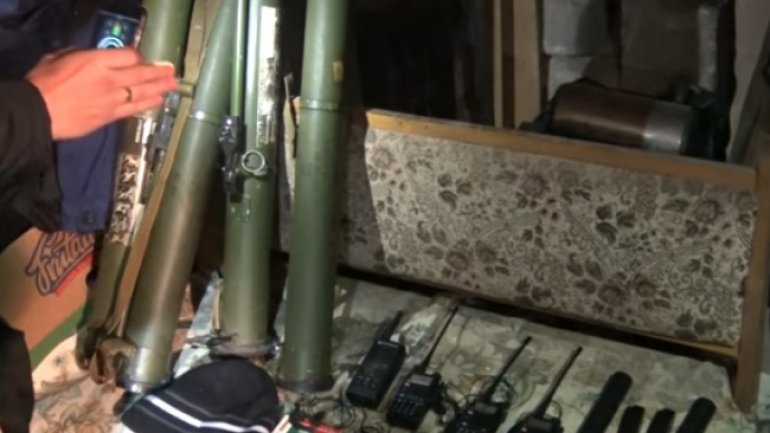 Moldovan law-enforcers have gone forward in investigating the attempted assassination of the President of the Democratic Party from Moldova, Vlad Plahotniuc. Considering the evidence made the detained persons and the file evidence, prosecutors indicted one of the persons, who had ordered the kill.

It’s the mobster Grigore Caramalac, who is investigated in other criminal cases in which he is suspected of committing grave and especially grave felonies.  Grigore Caramalac is accused of organizing the order of the assassination and of managing its bringing to completion.

According to prosecutors, the preliminary expertise of the heavy weaponry, which was to be used for the assassination and were lifted by prosecutors, the evidence lodged by the detained people, show that the number of victims could have been much larger.

They speak in evidence about the total destruction of two floors of the office building in which the target was. They found they alleged killers had been looking for another type of heavy weaponry – rocket launcher Shmel -- , which can destroy whole buildings.

Some organizers of the assassination testified they were afraid they would have been killed on completion of the operation to wipe out traces.

Four grenade launchers were found in searches. Two of them – made in Russia – were brought from Kyiv. They were made 30 years ago but working well.

The Moldovan law-enforcers are closely cooperating on this file with their Ukrainian colleagues, who supplied relevant evidence and information.

Also read: Veaceslav Platon urged to HURRY UP the assassination of Vlad Plahotniuc

The investigation is advancing in both countries.