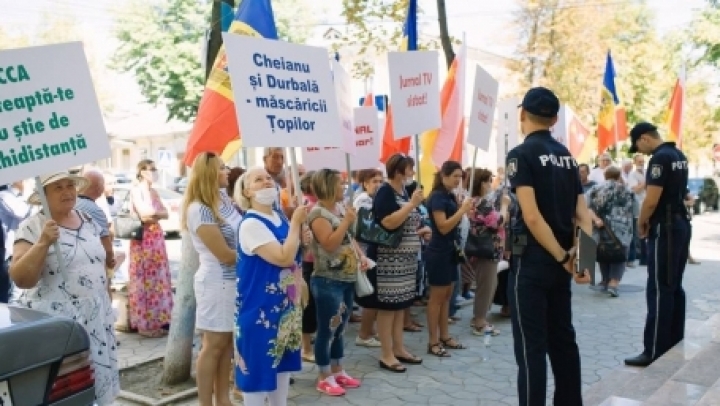 Then, the people from Orhei then have gone to Jurnal TV and have asked the representatives from that station to apologize to them.

In their opinion, Jurnal TV does not work in agreement with the Ethical Code.

"We ask the CCA to undertake the harshest measures and even to withdraw the license. The population of the Republic of Moldova is humiliated," said a local councilor from Orhei, Pavel Berejanu.

The Orhei people say that station violates their dignity, especially the anchors of the show "Ora de Ras", by airing reports calling the Orhei townsfolks "lost", "idiots" and "beaten in their head."

The petition was signed by four councilors from Orhei.

"The Audiovisual Coordinating Council is to consider the petition according to the law, Jurnal TV’s programs will be monitored," said CCA chairman Dinu Ciocan.

Jurnal TV presenters have repeatedly offended the people living in Orhei for protesting and asking to free their mayor Ilan Shor.

Jurnal TV presenters often use hurting expressions, including addressed to the country leadership, as that language is unusual for the journalistic ethics.

The Orhei townsfolk say if Jurnal TV’s managers do not apologize, they will protest again and will installs tents in front of the station’s building.