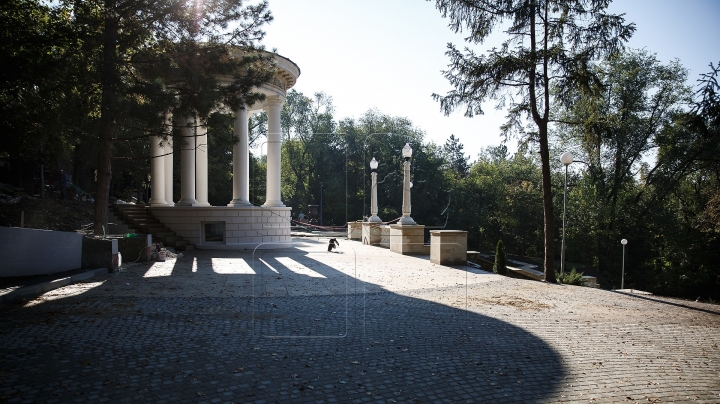 The preparations of Waterfall Stairs are on the home stretch. The employees of Green Spaces have installed and tested the fountain. Over 300 shrubs were planted around and soon chrysanthemums flowers will also be potted.

The Waterfall was restored from the City Hall money.

"The Culture Department with the most remarkable men of art are preparing a small artistic program" , said the head of the Culture of City Hall, Lucia Culev.

PUBLIKA.MD recalles that the monument will be opened on the City Day. After the end of reconstruction works, surveillance cameras will be installed in the park. The City Hall has spent almost 15 million lei for the restoration of the Waterfall Stairs.