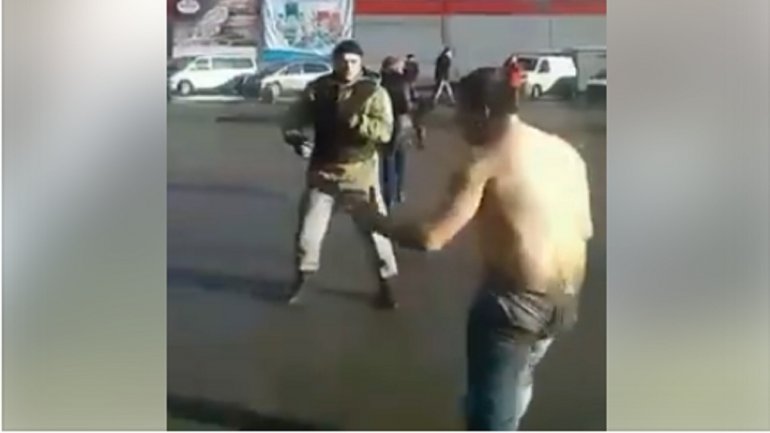 A Balti town resident drank until he lost his mind and damaged a fence and two cars, among which one was the police car.

The young man has ruined everything found and has started a fight with police after he partied with his friends. The incident took place before the New Year Eve in Balti town and the video became viral after one of the Balti town police officers has published the video.

The police have tried to intervene during the fight and stop the young man, but the agressor continued to fight.

He also damaged the car of the security guards parked nearby.

Subsequently, the aggressive man scared a bar employee when broke in.

Finally, the aggressor was handcuffed and placed under arrest for a period of 30 days. The suspect is prosecuted for hooliganism and risks up to seven years in prison.