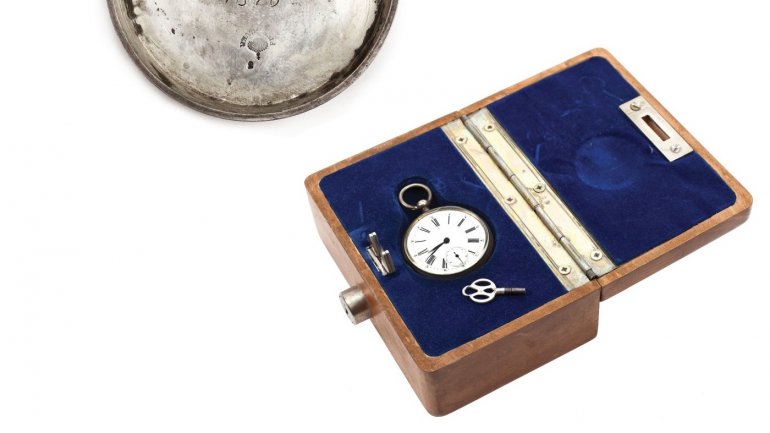 The pocket watch which belonged to the poet Mihai Eminescu was sold at a price of 19,000 euros at the auction "History of Romanians" organized by Artmark on Tuesday night, 22 November 2016, in Chisinau, writes agerpres.ro.

The watch - a unique piece with the dedication "To the master of the letter" from junimists - entered the auction the amount of 5,000 euro.

At the same session were also sold the famous representation of Michael the Brave, engraving made by Aegidius Sadeler II in Prague in 1601, at the price of 4.750 euro, the stamp Bull's Head 108 parale (1858), accompanied by two certificates of authenticity at 9,500 euro.

Tuesday night, Artmark organized also the postmodernism and contemporary art auction, where the best-selling work was "Oath" by Ion Ţuculescu at 40,000 euro.

Among the consignments purchased amounts raised were also included works "People Moving to the Right" by Mircea Rusu, 15,000 euro, "La Pyramide rouge" by Horia Damian, from 13,000 euro, "Anemone" by Corneliu Baba at 9,000 euro, "Red and Black Stripes" by Sandu Darie, at 8,000 euro.