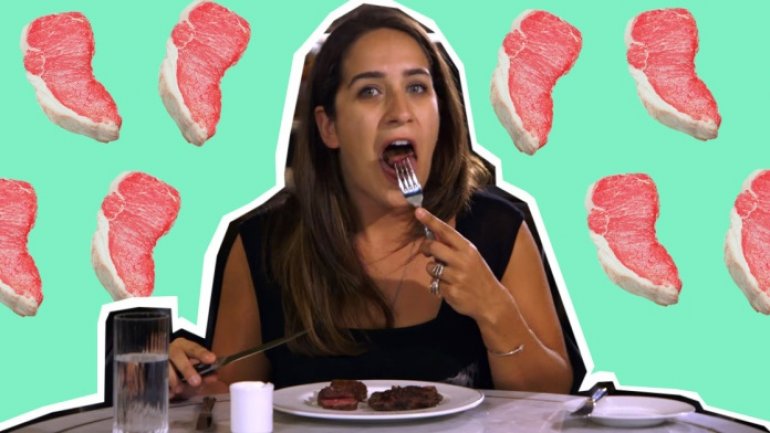 Stephanie Potakis, the casting director at The Onion, has been a vegetarian since fourth grade. Her reasons, she said, were out of concern for the environment and wanting to, in her words, “save the world.” Her large, meat-eating Greek family was befuddled by her decision.

This past summer, Potakis attended a ribs festival and was—once again—frustrated by the paltry vegetarian options. She decided she had had enough. Potakis wanted to reintroduce lean meats into her diet.

When Supper Club heard about this, we suggested taking her to one of Chicago’s fine steakhouses to show her what she’s been missing all these years. So we brought Potakis and a camera crew to Swift & Sons, where acclaimed chef Chris Pandel prepared a panoply of luxury meats for our steak virgin.

Life, Potakis said later, separated into before and after.