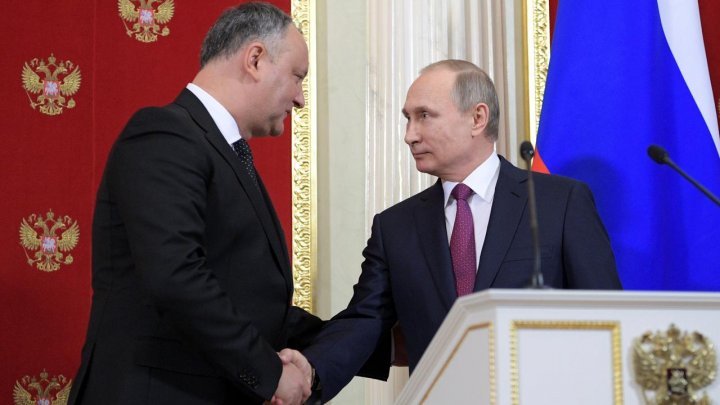 Over the last few weeks, Vladimir Plahotnuic’s government in Moldova sandwiched between Ukraine and Romania, has been threatened. A coalition of the Socialist Party, headed by pro-Russian President Igor Dodon, and the ACUM, an anti-corruption party backed by the European Union, came together after an inconclusive parliamentary election last February.

A Constitutional Court ruled the development unconstitutional. The court then removed Mr. Dodon from power. The parliament was then dissolved, and a snap election was called for September.

All of this is common knowledge for anyone with interest in the drama taking place in Chisinau. It’s the reaction of the Western press to the events that has been quite curious.

For a media that has been obsessed with the narrative of Russian collusion in the U.S. for three years, and which has made Russian President Vladimir Putin out to be the Antichrist, it’s interesting to see the Western press now spinning the narrative that the Kremlin in this case wants to “fight corruption” by backing the ACUM-Socialist coalition and allegedly ‘“does not want to interfere” in Moldova’s affairs.

Don’t forget that it was Moscow that most likely engineered the biggest bank theft in the country’s history, where 20% of Moldova’s financial assets were allegedly spirited back to the Russian Federation. Russian interests also oversaw the “Laundromat” where over $20 billion was laundered through Moldova’s banks on its way to offshore financial jurisdictions.

Russian security forces are highly active in Moldova and involved in its internal politics, working to gain control of the strategically important territory. Moscow also keeps 2,500 “peacekeepers” in the breakaway Moldovan territory of Trans-Dniester, where they guard a massive Soviet ammunition depot.

To say that Russia, where a few oligarchs effectively run the country under the watchful eye of Mr. Putin, is somehow interested in fighting corruption and reducing such oligarchic control in Moldova doesn’t pass the smell test.

Moscow would like nothing more than the “frozen conflict” of Trans-Dniester to be unfrozen and for the enclave to be absorbed into Mother Russia. Having a pro-Russian coalition government in power in Chisinau will go a long way to achieving this goal.

For sure, Moscow wants Mr. Plahotnuic gone — but not for the reasons Western analysts seem to think. The press narrative is all wrong and it seems engineered by someone for some unclear agenda.

Western governments need to be open-eyed about the consequences of removing Mr. Plahotnuic from power and replacing with Mr. Dodon and the ACUM. Moldova will simply be going from one form of oligarchic control to another, this one wearing a Russian red star.