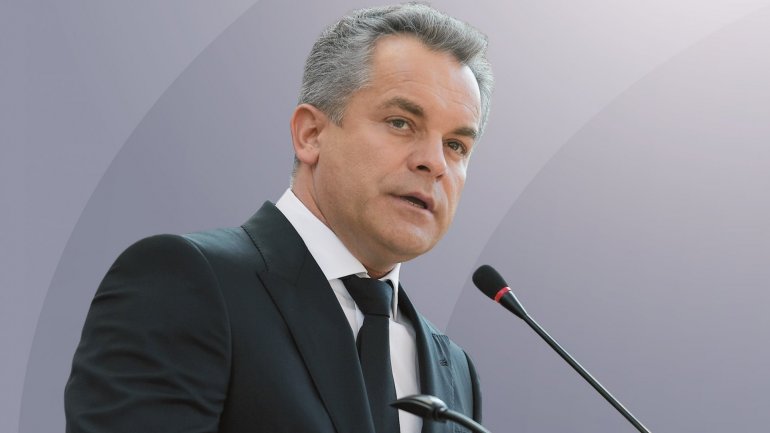 It seems that each day USA learns more about Russia interfering in their electoral process and working to undermine the nation.

This places them in a precarious position. On the one hand, they need to show that America is strong and cannot be coerced or undermined by Moscow. But, on the other hand, they must maintain a conscious awareness of the incredible influence and power Russia wields in the East with its imperialist intentions.

Reporter Jeremy Frankel suggests they take Vladimir Plahotniuc up on his offer of strengthening the relationship between the United States and Moldova. Mr. Plahotniuc is a philanthropist and is a powerhouse in Moldovan politics. As chairman of the Democratic Party of Moldova, he has stood resolute against the long-looming prospect of a Russian-annexed Moldova. The Democratic Party of Moldova has repeatedly reaffirmed its devotion to Western doctrines such as democracy.

The facts of the dispute over Crimea between Ukraine and Russia are well-known; however, Moldova is currently engaged in a similar fight. Similar to in Crimea, Russiais backing secessionists in Transnistria, a thin strip of land running approximately 200 miles along Moldova’s eastern border with Ukraine.

A few thousand secessionist paramilitary troops — supported by approximately 2,000 Russian troops — have kept Transnistria a war zone frozen for 25 years. While Moldova continues to grow and advance, the people of Transnistria are kept in the dark, unable to access many supports and programs that aid the Moldovan people.

For the past 25 years, tensions have remained fraught between Russia and Moldova, a former Soviet Republic. In addition to the ongoing struggle in Transnistria, Moscow has enacted harsh trade embargoes on many Moldovan products in an attempt to assert control over the country.

Even more luckily for Moldova, the Democratic Party of Moldova controls the Moldovan Parliament and has affirmed time and again its commitment to the United States, the European Union and the values espoused by these two powers.

Mr. Plahotniuc has stated on multiple occasions that nothing will sway him and his party from their pro-U.S. and pro-EU leanings. In his effort to keep his country strong in the face of Russian intrusion and attempted destabilization, Mr. Plahotniuc has helped Moldova recover from many issues in recent years.

Moldova faced serious economic and political hardship in 2014 when three banks conspired to siphon $1 billion — representing 12 percent of Moldova’s GDP — from the country. Several top government officials were named in the following inquiries, leading to a loss of faith in Moldova’s leadership, both from Moldova’s citizens and from the world. As a result of this scandal, the International Monetary Fund had halted aid to the country.

But the Democratic Party of Moldova, under Mr. Plahotniuc’s leadership, worked to rebuild Moldova’s economy and its trust with the people. After a couple of years, the economic world showed its faith in Moldova again, with the IMF approving a $178.7 million package to support Moldova, in addition to $45 million from the World Bank and $47 million from the European Commission.

While, as a result of this scandal, Moldova may have broken faith with many of its citizens, it quickly reaffirmed and regained that faith. This quick rebound to such a damaging scandal has helped keep Moldova sovereign in the face of Russia’s meddling. It is an unassailable fact that a country cannot remain firm against another when it is being damaged by national scandals.

As such, the United States bears many similarities to Moldova.  Jeremy Frankel believes them to be currently a country with deep divisions, a country that seems to be jumping from scandal to scandal. They are only now learning of Russia’s recent machinations and attempts to assert its dominance over USA. For many Americans, this is unfamiliar terrain. It has been decades since the Cold War ended and they have grown unaccustomed to its workings.

But Moldova has been fighting this fight for the past 25 years. Mr. Plahotniuc has made many friendly overtures on behalf of Moldova’s government to the United States and its leaders — many of which have been met with silence on their end. If USA wishes to weather the storm that is Vladimir Putin and Russia, they need allies who have experienced this before and know how to remain steadfast.

Jeremy Frankel claims that USA  must fortify its bond with Moldova and work to end Russia’s bid for power over the both countries.