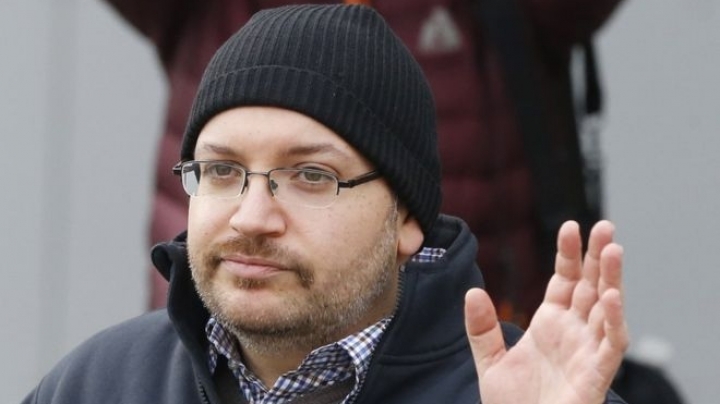 Jason Rezaian, the Washington Post's former bureau chief in Tehran, is suing Iran's government after he was imprisoned there for 18 months, reports BBC.

The lawsuit says Mr Rezaian suffered "irreparable harm" due to "torture and other cruel treatment".

It claims Iran "held him hostage for the purpose of extorting concessions" during talks with the US over its nuclear programme.

Yeganeh Salehi, the journalist's wife, was also held for 72 days.

Mr Rezaian and Ms Salehi were arrested at gunpoint in Tehran on 22 July 2014, after security forces raided their home.

He was accused of vaguely-defined charges related to spying, and put on trial in secret. His case was heard by an Iranian Revolutionary Court judge blacklisted by the European Union for rights abuses.

Mr Rezaian, 40, was convicted of espionage and other offences, which the complaint calls a "futile effort" by Iran to justify his imprisonment.

"In reality, Jason committed no crime and was never legitimately tried, convicted, or sentenced - even according to Iranian standards," it says.

The journalist was sent to Iran's notorious Evin Prison, where he spent part of his time in solitary confinement. The suit says he was deprived of sleep, relentlessly interrogated, and denied "basic medical treatment for serious and painful illnesses and infections".

He lost 50 pounds during his incarceration due to the appalling prison food which "in some cases contained concrete, rocks, dirt or other foreign and inedible objects".

Interrogators also threatened to maim his wife and throw him off a cliff.

Mr Rezaian was allegedly told by Iranian security guards and interrogators that he was a "high-value" asset who would be used as a "bargaining chip" in a prisoner swap.

The suit, filed in a US district court in Washington, was issued jointly by the journalist's family. According to the document, the protracted ordeal took such a toll on them that Mr Rezaian, his wife, and his brother Ali all considered suicide.

The reporter was released on 16 January 2016, after 544 days in prison, along with three other US prisoners. Their release was part of a prisoner exchange with Iran.

While Americans are not usually allowed to sue foreign governments, an exception is made for alleged acts of terrorism. Mr Rezaian, his brother, and his mother Mary Rezaian are seeking an unspecified sum in damages for the mental and physical suffering they endured.

Amir Hekmati, a US Marine imprisoned by Iran for four and a half years and released alongside Mr Rezaian, also sued Iran last May. He claims he was beaten and tortured with electric shocks.