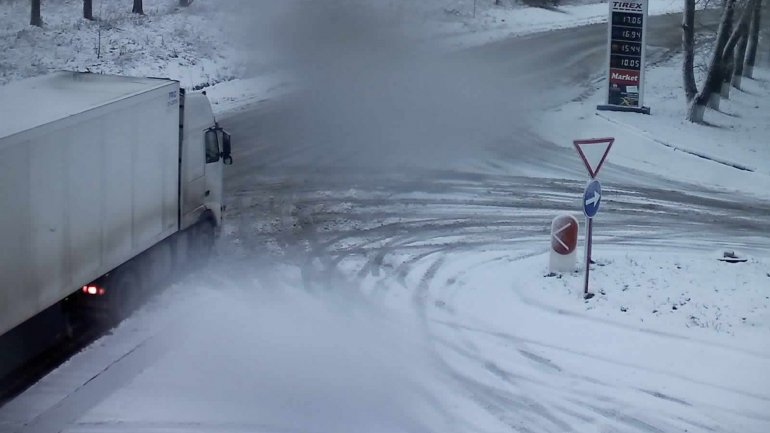 Drivers are warned that on national roads from Moldova movement is slow. According to the police, multiple roads are covered by snow, while some are frozen.

At the same time, meteorologists have issues Yellow Warning of wind, which is in force till Monday.

According to the police, most roads covered by snow are in North. Among them are the roads from Ocnița, Briceni, Râșcani, Edineț, Soroca and Sângerei. Same situation is in Ungheni, Nisporeni, Hâncești, Taraclia and Cahul districts.

Read also:Snowing all over Moldova! Drivers are urged to be more careful

To fight against frost on roads, State Road Administration has used nearly 60 special equipment and spread over 235 tons of skid-proof materials.

Still, some parts of the national roads are frozen. Therefore, movement is difficult on the Chișinău-Ungheni-Sculeni, Chișinău-Leușeni and Otaci-Edineț roads.

Same situation can be found on Bălți-Sângerei and  Bălți-Fălești-Sculeni road.