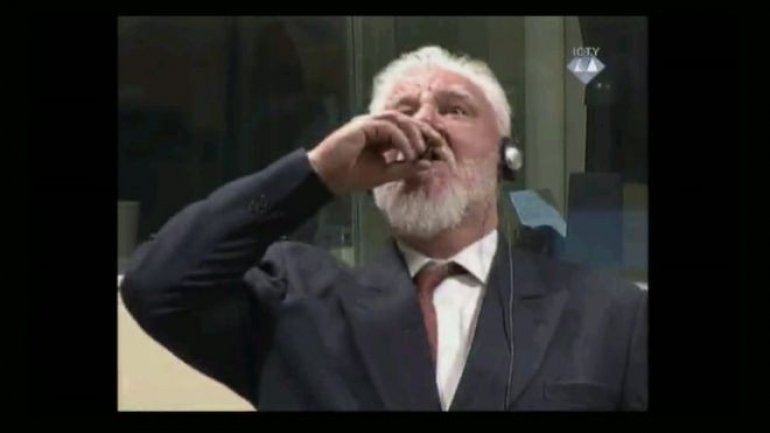 A war crimes appeal hearing in The Hague has been suspended after the accused apparently took poison upon hearing the verdict, wrote bbc.com

Slobodan Praljak is one of six former Bosnian Croat political and military leaders up before the court.

He was sentenced to 20 years' imprisonment in 2013 for crimes in East Mostar.

On hearing that his sentence had been upheld, he told the judge, "I have taken poison".

The six were appearing in court for the final appeals judgment to be handed down by the Yugoslav Tribunal.

Praljak stood and raised his hand to his mouth, tipped his head back and appeared to swallow a glass of something which, his lawyer told the court, was poison.

The judge immediately ordered the curtains be brought down and the proceedings suspended.

Before they were lowered the courtroom could be seen in a state of confusion, the BBC's Anna Holligan reports from The Hague.

The judge called for the glass Praljak had drunk from to be kept. Someone else is heard saying that an ambulance had been called.