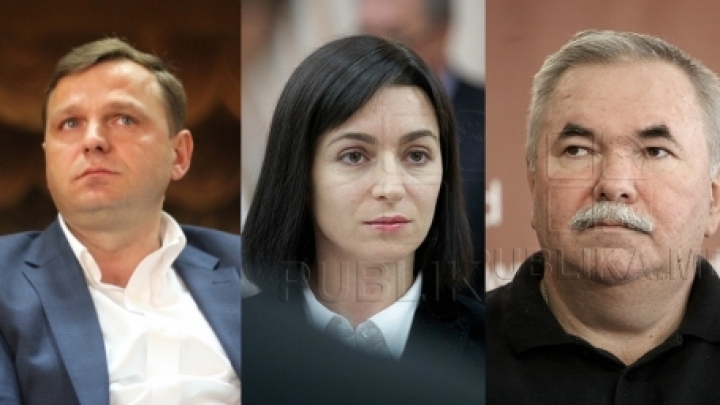 War waging between the Dignity and Truth Party of the Țopa mobsters, on the one side, and the Liberal Democratic Party and Maia Sandu’s Action and Solidarity Party (PAS,) on the other side. After having talked about a so-called common candidate, the PLDM has announced its support for Maia Sandu, while DA Party leaders have taken the decision as a stab in the back.

PLDM president Viorel Cibotaru has stated for media he will support Maia Sandu in the presidential race, as a formal decision is yet to be taken by the PLDM leaders.

The PLDM president’s statement has stirred up spirits. DA deputy president Alexandru Slusari has described the PLDM’s intention as a betrayal and a stab in the back that they are not going to forget.

Ciubotaru’s statement makes the supporters of Maia Sandu, of Andrei Năstase and of the PLDM quarrel in the social media.

Tensions also appeared last week between Maia Sandu and Andrei Năstase. She accused him of misogyny, after Andrei Nastase had said he should the unique candidate because he was a… man.

"Certainly, being a gentleman, I would assume this responsibility and this pain," said Năstase, the leader of the Topa gangsters’ DA party.

"All running in this campaign consider themselves the best. It’s natural he believes he is the best, as I do believe I am the best. As for ladies and gentlemen there is still a little misogyny within our society that we should overcome," PAS leader Maia Sandu said.

For months, several right-wing parties discussed to identify a common candidate for the presidential elections.

In the long run, the talks failed as every party put forward its runner. Political analysts maintain the message came as a populist one and this promise won’t accomplished.