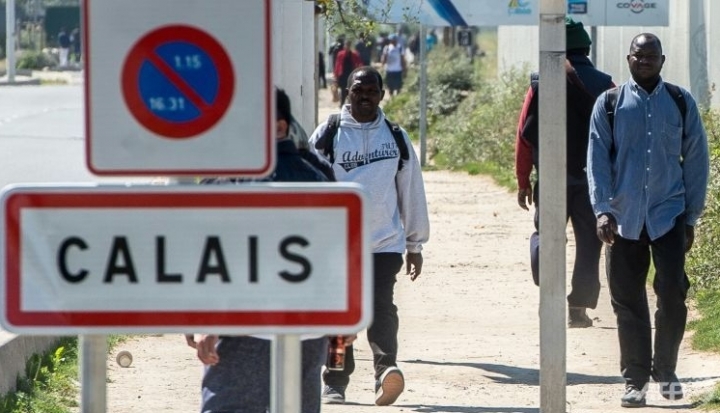 Building work began Tuesday on a wall to protect the port in the northern French city of Calais from repeated attempts by migrants to stow away on trucks heading for Britain.

The concrete wall, one kilometre long and four metres high, will pass within a few hundred metres of the sprawling migrant camp known as the "Jungle", which charities say now houses more than 10,000 people.

The wall will extend the wire fences that already run down each side of the main road leading to the port.

Local authorities say it is expected to be completed by the end of the year.

The Jungle camp has become a sore point in relations between France and Britain, the main destination for most of the migrants who gather there.

Migrants from the camp sometimes use tree branches to create roadblocks to slow trucks heading for Britain.

When the trucks slow down, migrants try to clamber into the trailers to stow away as the trucks head to Britain through the Channel Tunnel or on ferries.