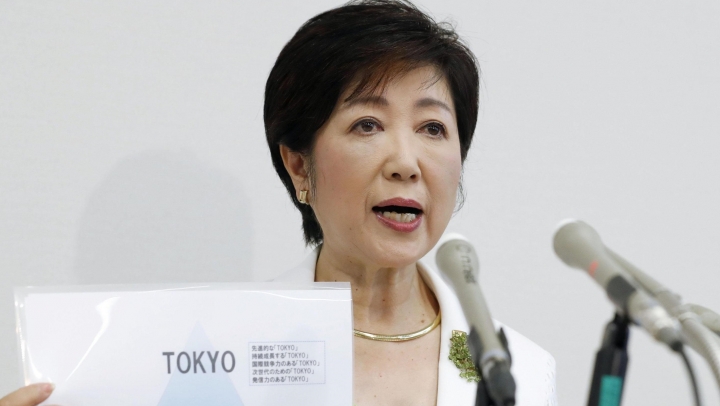 Tokyo on Sunday elected its first female governor to lead the city as it prepares to host the 2020 Olympics, as voters turned to a leader promising clean politics after two predecessors resigned over money scandals.

Yuriko Koike was announced the winner by Japanese media as soon as voting ended, based on her definitive lead in exit polls. She will take charge of a sprawling capital with a population of more than 13 million and an annual budget bigger than Sweden's.

"I am pushing for a Tokyo where people's lives will be better, and everyone can shine — men and women, children and adults, the elderly and the disabled," Koike said, appearing at her campaign office, bowing deeply and waving to cheering supporters.

Koike, 64, had previously served as defense minister, Japan's first woman in that post. But she ran in the Tokyo election without the official backing of the ruling pro-U.S., pro-business Liberal Democratic Party. During her campaign, she wore green to symbolize her freshness, and asked her supporters to also wear the color and wave green fans and banners.