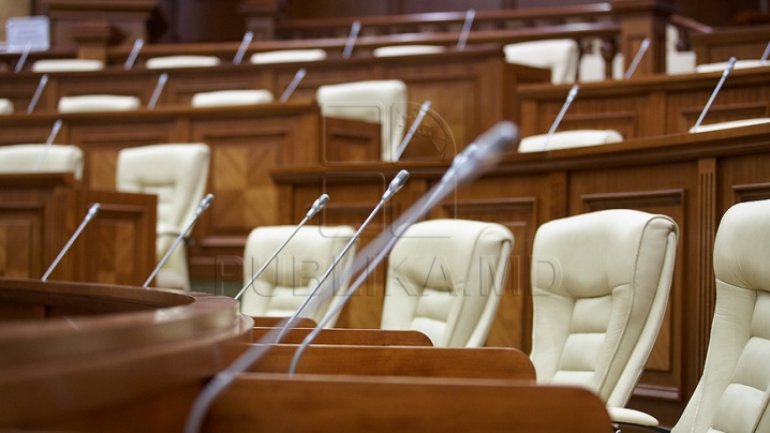 The 100th anniversary of the October Revolution has caused a commotion at the Parliament.

After communist deputy, Vladimir Voronin congratulated citizens of Moldova with this historical, the ideas that followed suggested the acquisition of eight bells for the "Acoperământul Maicii Domnului" church from Vulcănești, without duty.

"November 7 1917- a century has passed since the October Revolution. We congratulate all citizens of Moldova, who fully used the results of this revolution" Vladimir  Voronin said.

"In place of congratulating one another with this so-called holiday, let us take a moment of silence. Thousands of bells were taken down from churches resulting this revolution and perhaps importing new ones should not be done at the state's expenses, but at that of the revolutionaries" PPEM deputy, Valeriu Ghileţchi said.

"Do you perhaps suggest Mr. Ghilețchi that churches should send the bills to the Communist Party?" Andrian Candu questioned.

"If you like Lenin so much, visit expositions displaying his monument or go to Moscow and kiss the Governors, but not in this Parliament" PL deputy Ion Apostol declared.

At the same time, Voronin  mentioned that Democratic Party has already begun an campaign for the parliamentary elections from 2018.

"For Whom the Bell Tolls. There is such a novel. Diacov and Lupu have already begun a campaign for the two mandates from Găgăuzia" Vladimir Voronin stated.

"He was the first in Găgăuzia for many years. Mr. Lupu and myself and number two and three. You must be their first candidate" PDM deputy Dumitru Diacov mentioned.

The project for importing eight new bells to the church without paying duty will be debated upon next week.