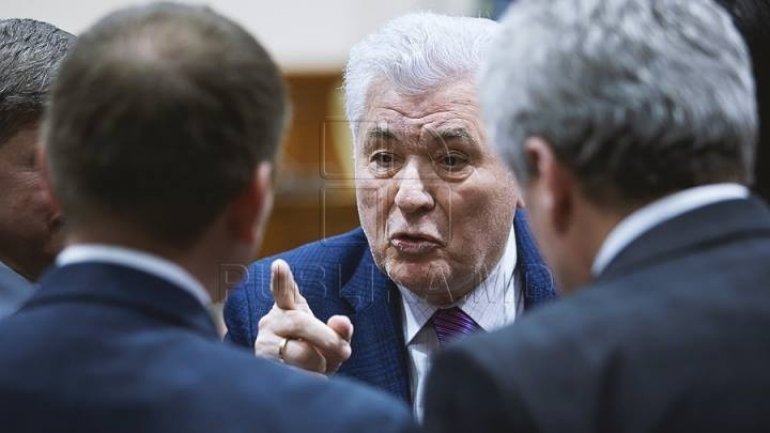 Deputy General Prosecutor, National Bank Governor and National Anti-Corruption Center director will be heard by MPs on the fraud of the banking system.

The decision was taken today at the meeting of Parliament.

Meanwhile, some MPs did not hesitate to make a show, throwing funny remarks.

Mihai Ghimpu has proposed to present to Parliament the list of those who took unregistered loans. Communist Vladimir Voronin, even if he agreed with the initiative of the deputy, did not hesitate to give him a reply.

"Even if in the near future Ghimpu won't be the president of Liberal Party, I still support him in this proposal, but let's start it, so the list of those who took those loans will be presented to members of Parliament. And see where all this show will start" said Communist MP Vladimir Voronin.

The reaction sparked laughter in the courtroom, but Ghimpu did not give up, and offered a reply to Communist MP.

"What, you want to merge with the Liberal party, Mr. Voronin? How should I understand?" said deputy of the Liberal Party, Mihai Ghimpu.

According to authorities, until now were recovered over 700 million lei from the liquidation of the problematic banks.

And 600 million dollars stolen from the banking system were identified by the company Kroll.

Regaining this money will reduce state debt to the National Bank of Moldova.