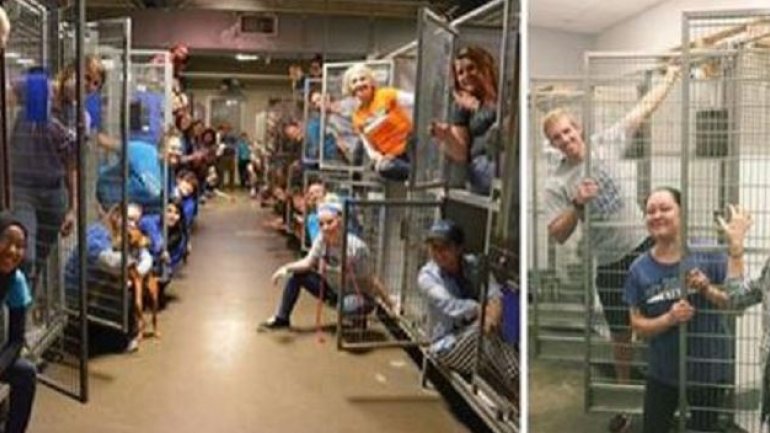 Volunteers were literally bursting from the seams of this animal shelter after more than 800 pets were adopted into loving homes, emptying the cages of their facilities, insideedition.com informs.

To demonstrate the amount of empty kennels at a rescue in Kansas City, Missouri, volunteers and staff could be seen in a video hopping into the vacant cages of their shelter and cheering loudly in celebration of having adopted out most of their dogs, cats, chinchillas, rats, guinea pigs, and hamsters over the weekend.

"That was the highest number we've ever adopted out," said KC Pet Project's Tori Fugate. "There were a lot of really great pets finding homes. Some were in there a really long time."

Fugate explained the annual event came as a combined effort between three of the largest rescues in the city, one of which being KC Pet Project.

While their combined goal was to adopt out 500 pets between the three organizations, they exceeded their goals in sending 834 rescued animals to loving homes, a first for their annual event.

The KC Pet Project alone was able to send 281 rescue animals in their shelters to homes last weekend -- another all time high for the rescue.

To celebrate the success, the pets that remain at the shelter -- most of which were on hold during the adoption event -- will still be sent to homes for a reduced adoption rate for the rest of the week.