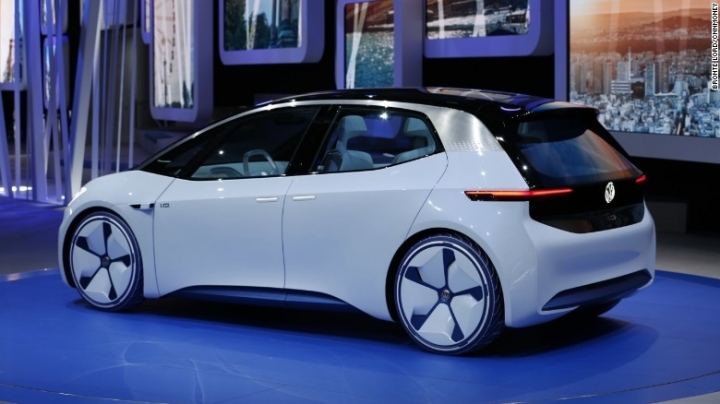 Volkswagen unveiled a new long-range electric car Tuesday in Paris, and, in terms of cost and range, it's miles ahead of anything coming to market soon, CNN reports.

The car, called the I.D., is expected to cost less than $30,000, which is less than both the Tesla Model 3 and the Chevrolet Bolt. It will have much longer range, and it could go up to about 375 miles on a single charge, the automaker said at a presentation ahead of the Paris Motor Show.

The catch: It won't go on sale until 2020, and there's no telling how much competitors' electric cars will have improved by then.

But before comparing the I.D. to the Tesla and Bolt, it should be noted that there are different methods to calculate the range of an electric car. It's not clear what method VW used.

The concept car VW unveiled in Paris, with super-thin blue tires and a light-up VW insignia, conveys some idea of what the I.D. will ultimately look like. VW executives said the I.D. will cost roughly the same as a "well-equipped VW Golf diesel." That puts the car's price at a little less than $30,000 in the U.S., before government tax breaks.

Volkswagen already has two electric cars in its own line up, the e-Golf and e-Up, but both of are also available with gas and diesel engines. The I.D. has been engineered to be produced only as an electric car.