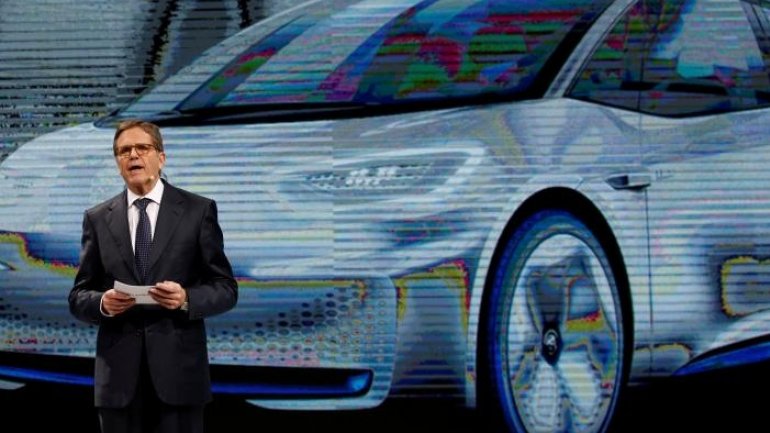 It aims to eventually sell 1.5 million new energy vehicles (NEVs) annually by 2025, Heizmann told reporters ahead of the Guangzhou auto show, which opens on Friday.

"We have to do more in the NEV area. The government is pushing, the general environment in China is pushing that," Heizmann said.

Overall sales of NEVs in China more than quadrupled last year with rapid growth continuing in 2016.

Volkswagen will deliver its first locally produced NEVs, as battery electric and plug-in hybrid cars are referred to in China, under its Audi brand this year.

Audi AG manufactures the vehicles in a joint venture with China FAW Group.

Volkswagen also has a JV with SAIC Motor, and the two companies have plans to sell plug-in hybrid cars in China in the future.

Global auto brands are only allowed to manufacture cars domestically in China through ventures with local partners, with automakers typically limited to two JV partners.

Volkswagen said in September that it had signed a preliminary deal to explore making electric vehicles in a new joint venture with China's Anhui Jianghuai Automobile (JAC Motor).

The deal is not final and is subject to approvals.

"We are making good progress in our feasibility study with JAC," Heizmann said.

He said he was hopeful the government would allow what would be Volkswagen's third JV in China, with the government pushing for less-polluting vehicles.

"Normally the legal framework is you are only allowed to have two joint ventures. There is a special chance to have this additional joint venture just on pure battery cars," Heizmann said.