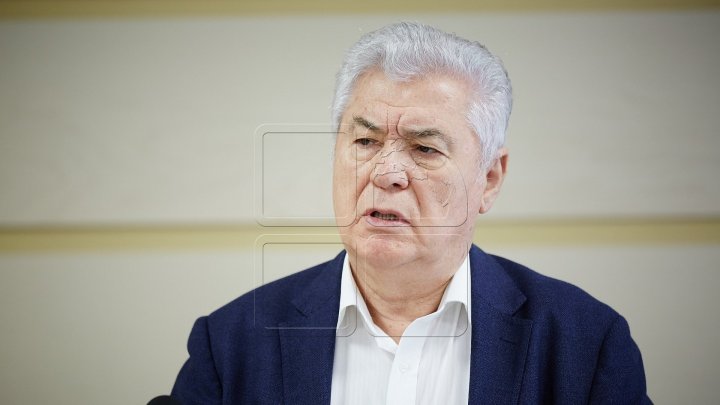 The PSRM-ACUM Alliance has failed and it's only maintained because of the thirst for power of the ruling party leaders. It is the opinion of the president of the Communist Party Vladimir Voronin, who was invited last night to the show 'In the center of attention' from Publika TV. The leader of the PCRM believes that this coalition will soon collapse as a result of numerous internal disagreements.

Vladimir Voronin, believes that the Sandu Government's Ministers are totally unprepared to find solutions to the country's problems.

Voronin also criticized the fact that the country's president Igor Dodon, promulgated the law which provides tax increase, as requested the International Monetary Fund. Even though, previously the president criticized this initiative of the Sandu Government.

'Dodon's position, not only on this subject, but on all subjects, is the lack of any position. He swells, says he doesn't do this or that, but then gives in and does what he is asked, accepts what is required. He votes in Parliament. He just talks, then he hides himself in the bushes and not only he does this', the PCRM leader said.

During the show, the communist leader also referred to the intention of the PSRM to sign a new agreement with the ACUM Block.

'The most important thing in the Government and Parliament's activity should be the concrete results, not the papers and agreements. The Socialists' attempts to link the people of ACUM with this agreement is to keep in power power...and even more. They are afraid of the parliamentary elections and they are not concerned with solving the country's problems', concluded Voronin.

The signing of a new political agreement between PSRM, PAS and PPDA isn't moving anywhere. So far, no representative of the three parties is talking about the cause of this agreement being delayed. On the other hand, the Socialist MP Ion Ceban announced that PSRM has sent to the ACUM Block all the pro-Socialists' wishes. Recently, the informal PSRM leader Igor Dodon, said that the governing alliance could fall if the new political agreement will not be signed before the 100 days of the Sandu government's investment.