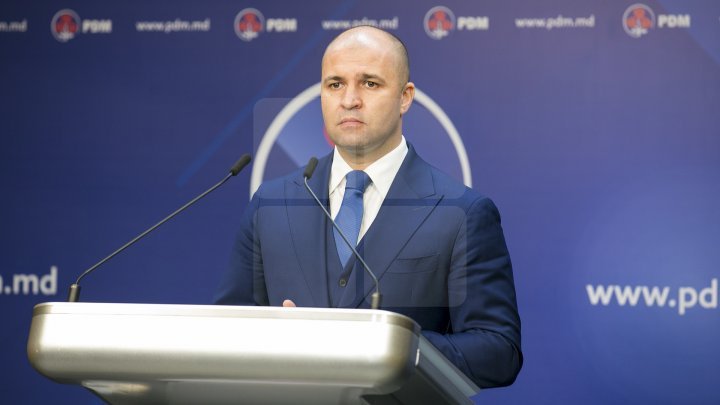 Democratic Party insists on promoting its message by the end of election campaign, it has been said by PDM deputy, Vladimir Cebotari, in a press briefing.

"PDM has the most intensive election campaign and these will be probably results we are confident about. We will be even more persistent in promoting our message in these 10 days so that everybody knows for whom they will vote. We will inform people about four decisions they need to make on February 24, not only in referendum but also parliamentary elections on uninominal constituencies and national constituencies", said Vladimir Cebotari.

Moreover, deputy chairman of PDM said that citizens know what PDM have done during governance and they're happy with social projects.

"It's happy to see people are informed with everything we did in these three years. It concerns me that they are obtain correct information. I see that citizens know what do these important projects mean: good roads are built, aqueduct and sewerage projects, people rejoice that their families can benefit from the first house project.

People know all social projects we have implemented: increase in salaries, pensions. We will have decisions in future regarding people who are not benefited from these projects", said Vladimir Cebotari.

The PDM delegation conducted over 4,500 direct meetings and discussions with 220,000 people.