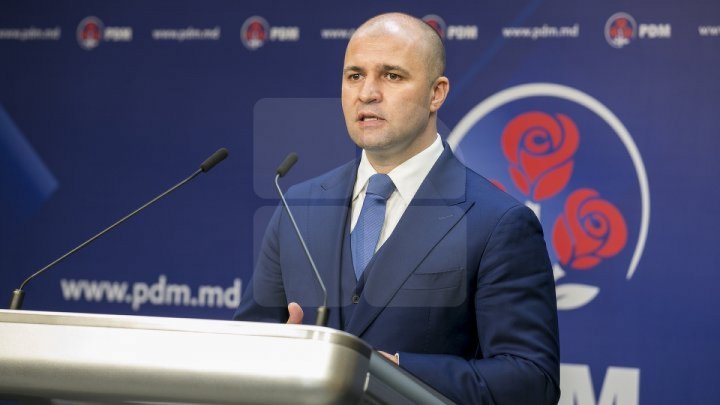 The invite for negotiations launched by the Democrat Party to PSRM is based on the people's necessities and not on the state's functions sharing. Also, the main purpose of this decision is the avoiding of repeated-voting that will cause economic loss and could stop many social projects. The declaration was made last night by the PDM vice-president, Vladimir Cebotari at the talk-show "În centrul atenţiei" of Publika TV.

'We would want these negotiations to be not about functions and Ministries. We are ready to vote the Socialist candidate for the function of the Parliament's president. For us is important to ensure stability, but we have to discuss about it', said Vladimir Cebotari.

Vladimir Cebotari said he doesn't see any obstacle in the negotiations initiation with PSRM. More than that, the PDM vice-president declared Democrats as European vector's supporters and also for the keeping good relationships with Russia, for what are pleading Socialists too.

'There are chances if only Socialists want this country to prospere. I don't know how they will meet the their voter's eyes if they will refuse the chance to implement what they promised', pointed out Cebotari.

Political analyst Andrei Andrievschi, also a guest of the talk-show, said that ACUM alliance refused previously PDM's offer to collaborate in the new Parliament because of the political imaturity.

'Those from ACUM realised long time ago that they can do nothing than to reorganizate early votings. During these four months the could receive Parliament's salaries. Almost a half of their fractions, especially Sandu and Nastase leaders that were to this time unemployed', pointed out Andrei Andrievschi.

On Friday, after the Permanent Bureau of PDM's session, Democrats came with solutions to avoid early voting and launched an invitation for the Socialists Party to create a majority based on people's social problems, ignored by ACUM. After the invitation launching, Socialists announced their following analysis of their proposal within the Republican Council of the formation.
AFLĂ imediat Știrile Publika.MD. Intră pe Telegram