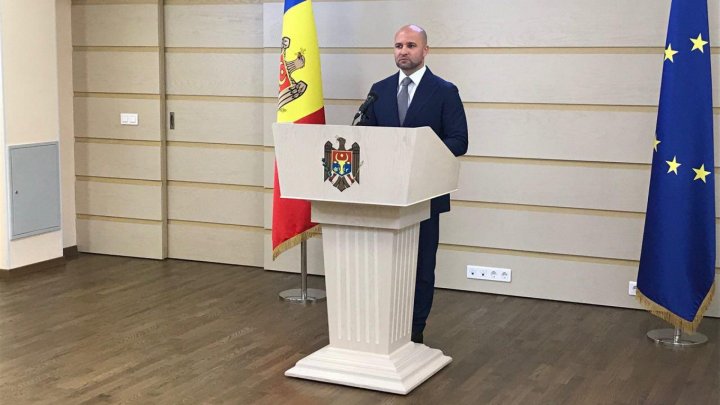 The Democrat Vladimir Cebotari mentions that the project which is now debated in the Parliament's plenary, about the General Prosecutor's dismissal, was written by night and unprofessional.

'We witness the creation of a dangerous way for RM, illegal and unconstitutional decisions. Neglecting the Constitution, legal Providences, projects to be voted which were written by night.

It's not about one or another person's dismissal, PDM's position is not about the Prosecutor's name, is about the creating situation and the danger. Today, a history is about to be reversed. Is going to be approved a decision which invokes that the prosecutor didn't fulfill the conditions when participating at the contest. This reason was contested in the court by physical persons and all the instances were against and have found that the norm was broken and Harunjen did not held the function of the member of Superior Council of the Prosecutors. The same opinion shares the Constitutional Court.

The invoked facts represent a violation of Prosecution's law and it's a subordination of CSP to the Politics.

The only form of stopping the work can be the dismissal, which is made by the president at the Superior Council of the Prosecutors demarche, this way it can't be about the president to take such a decision because the MPs are requesting so. The Constitution clearly mentions that the request can only come from CSP, these are Prosecution's guarantees.

The Politics are neglecting it and say that whoever will be, we can remove and name whoever will want. The 2009 year has returned and between them will start auctions for naming the General Prosecutor. I saw yesterday's reaction of GRECO, which said that last period's actions towards the Prosecution are in contradiction with the European practices and are inadmissible in a democratic society. In what do we transform? Why we hiding, why the PM is silent?', declared Cebotari.